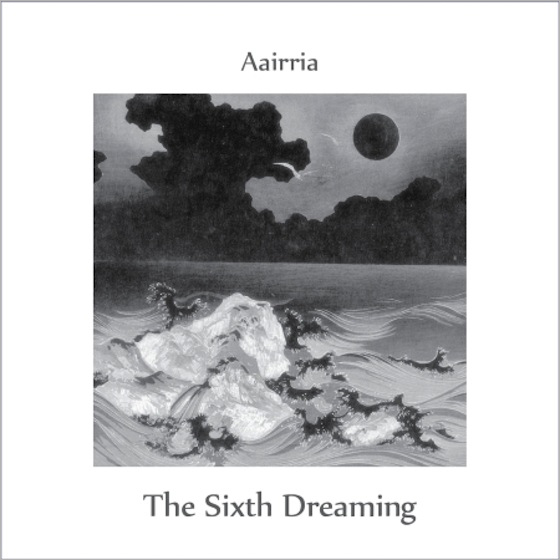 The Rain netlabel gets true to its name with The Sixth Dreaming, a virtual torrent, file-sharing jokes aside, of audio from the prolific figure Aairria. Working with field recordings of waves — that is waves as in water, not waves as in sonic waveforms — produced by freesound.org contributor digifishmusic, Aairria has produced an enormous track that lasts almost half a day. The MP3 weighs in at 1.5 gigabytes, and the piece, titled “Frolic in brine, goblins be thing,” is just shy of 11 and a half hours long (it is 11:18:25). A sample on the releasing netlabel’s website, rainnetlabel.blogspot.com, includes lush water sounds, though the first chunk of the proper MP3, over at archive.org, is all space-station HVAC drones, at least for the opening half hour. Slowly, water makes itself hear, like it is beginning to seep in and puddle on the craft’s floor. And as if the music were not ominous enough, the title comes from the Ring horror films.