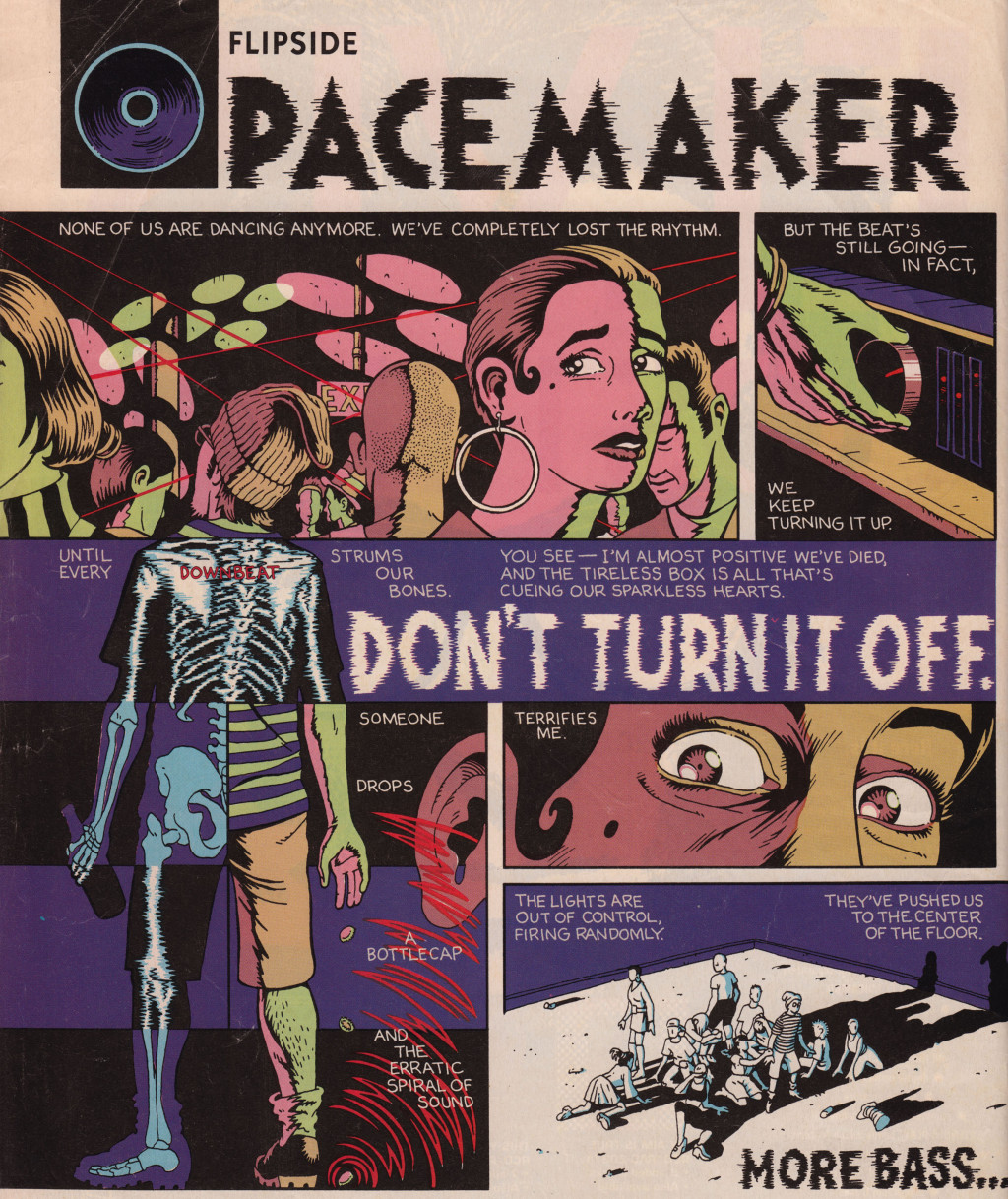 I’m excited to announce that this coming Saturday, June 7, at the HeroesCon comics convention in Charlotte, North Carolina, a panel discussion about the intersection of comics and music will include a presentation about various projects of mine. (I will not be present. I’ll be at home in San Francisco.)

The “Mega Music Panel”is titled “And Brainiac on Xylophone: On the Intersection(s) of Comics and Music.”Panelist Craig Fischer will be discussing my decade of comics editing (1992 – 2002) at Pulse! magazine (where I commissioned original work by Jessica Abel, Justin Green, Megan Kelso, Barry McGee, Carol Swain, Adrian Tomine, and many others), the “Sketches of Sound” series I published on Disquiet.com from April 2010 through December 2011 (featuring Brian Biggs, Leela Corman, Dylan Horrocks, Minty Lewis, and Darko Macan, among others), and most recently the April 2012 Disquiet Junto project that was drawn, so to speak, from Matt Madden’s experimental comics book 99 Ways to Tell a Story: Exercises in Style. Also due for a mention, apparently, is an essay (“Home Recording in the Age of Mechanical Reproduction” that I wrote for Jeff LeVine’s magazine Destroy All Comics (with a cover by Frank Santoro) back in 1996. There’s an index on this site of all the Pulse! comics I edited. (Not likely to be dived into during the HeroesCon panel is my half decade at the manga magazine Shonen Jump, where I was editor-in-chief, as well as at its sibling magazine Shojo Beat; I was a vice president at Viz Media, their publisher.)

Fischer, a professor in the English department at Appalachian State University, writes the “Monster Eats Critics” column at The Comics Journal (tcj.com). This is the official description of the HeroesCon panel:

Comics and music share a lot of affinities—both depend heavily on rhythm and intervals, and many cartoonists are also musicians—and cartoonist Ben Towle and blogger Craig Fischer have organized a diverse smorgasbord of a panel to explore these affinities. Ben will discuss the many ways cartoonists represent music visually, and will chair a wide-ranging panel on comics and music with Peter Bagge (Hate, Yeah!), Ed Piskor (Hip-Hop Family Tree), Andrew Robinson and Vivek J. Tiwary (The Fifth Beatle). Craig will talk about the work of Marc Weidenbaum, an editor, teacher and musician who’s been combining comics and music in his creative projects for over two decades. And Charlotte avant-duo Ghost Trees (Brent Bagwell on saxophone, Seth Nanaa on drums) will participate in two live comics/music performances, including a soundtrack for Joe Lambert’s “Turtle, Keep It Steady,”a rock-n-roll retelling of the Tortoise-Hare fable!

More on the panel at heroesonline.com.

The image up top is one of my favorites from the Pulse! run, It’s a 1993 collaboration between Jon Lewis (True Swamp) and Jason Lutes (Berlin). More on the piece at Lewis’ website.

Subsequent coverage, and another archival comic, here: “More on Disquiet.com at HeroesCon.”