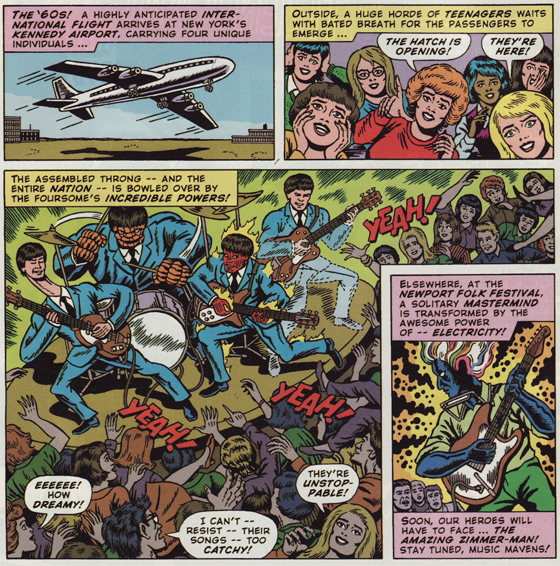 Major thanks to Craig Fischer and Ben Towle for spending some time this coming weekend during their Saturday, June 8, HeroesCon panel discussion on music and comics to talk about some of my work. I’m honored by the attention, especially because Fischer is drawing connections between my Pulse! comics editing and the current weekly Disquiet Junto projects. They were interviewed today by Tom Spurgeon of comicsreporter.com.

SPURGEON: Tell me a little about choosing Marc Weidenbaum as a subject, and what you feel is important people know about Marc. He was such a big figure for a while because of the high-profile PULSE! gig, but I’m not sure we’re not exactly at that point in history where that’s forgotten a bit but hasn’t been pulled out and re-examined yet.

As much as I respect Marc’s PULSE! tenure, though, I’m going to spend as much if not more time in my presentation talking about Marc’s Disquiet website, and the ways his activities and commentaries on ambient, electronic and experimental music intersect with comics. One of Marc’s “Disquiet Junto” projects, for example, encouraged musicians to “do a sonic version” of the first strip (the template strip) in Matt Madden’s 99 Ways to Tell a Story. As part of our panel, we’ll stage a “performan

More on Fischer and Towle’s panel here: “Disquiet.com at HeroesCon.” The above comic, by R. Sikoryak, appeared in Pulse! magazine, where I edited the comics from 1992 through 2002, in the October 2001 issue.