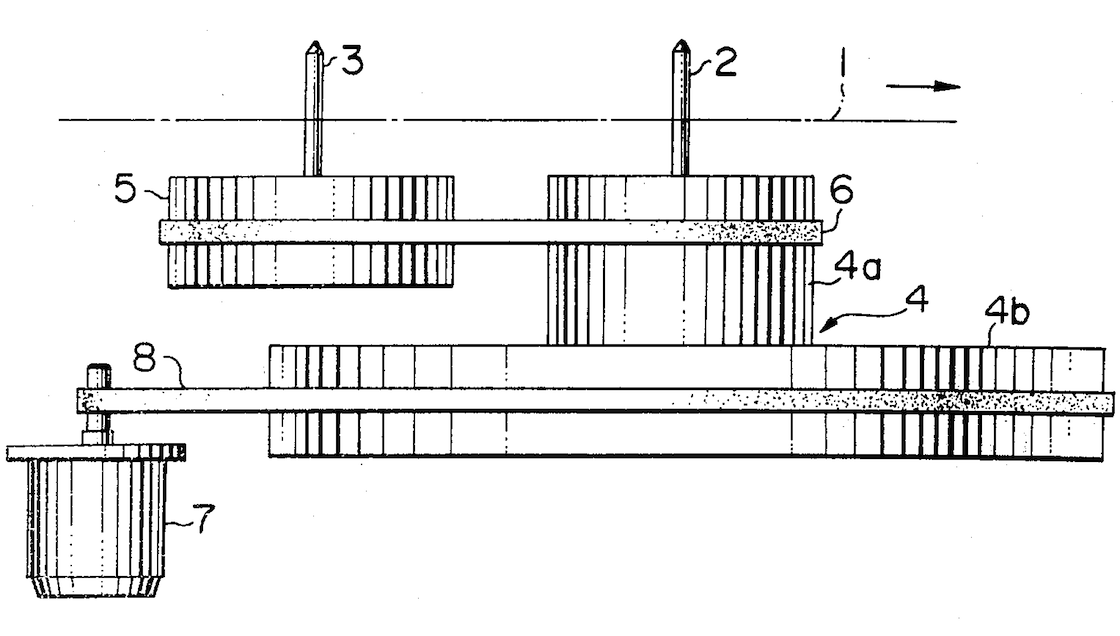 There are two hard mechanical punches, in between which sits an extended, attenuated tension. The hard punch and near-silent attenuation complement each other, and bring each other into relief. On repeated listen, the crunch presents a mental image along the lines of an ancient marble step: at first a single, hard, square jut, but on closer inspection one riddled with tiny fissures — steps within steps. As for the space in between the two punches, it is an engineer’s rendering of still water that runs deep, the quiet clearly the result of something that might, at any moment, snap.

What it all is is the sound of a tape cassette machine’s transport, pictured up top in a patent drawing and described by the recordist, Matt Nix, as a “whine,” which seems quite appropriate. The recording, just 1:12 in length, is accompanied by Nix’s utilitatian haiku: