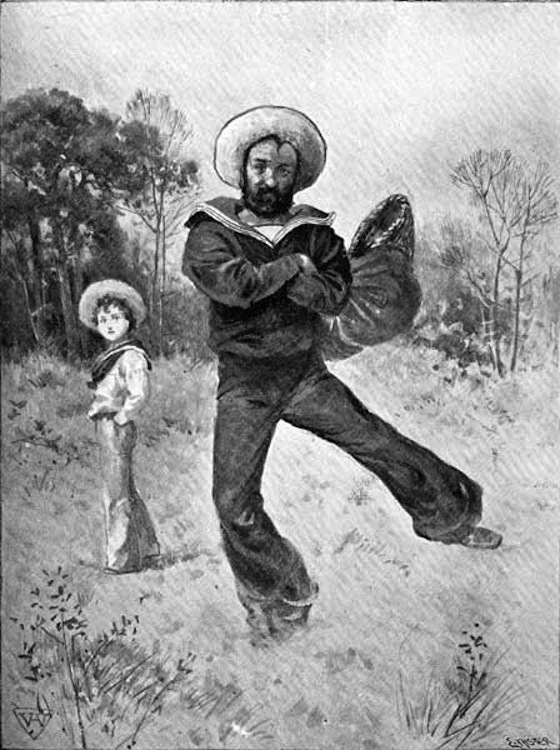 Some of the best posts about exploratory Creative Commons music online are themselves works of music — not text posts, like the ones I do here at Disquiet.com, posts that are a kind of semi-casual public processing in words of recent listening, but music proper: reworkings, remixes, and answer tracks that in the course of revisiting the source audio make considered statements about it.

Larry Johnson, who goes by L-A-J on SoundCloud and elsewhere, frequently pops up on this site having taken a recent subject of of Disquiet Downstream post as the source audio for a reworking. Recently he focused on a piece by the talented Emma Hendrix that itself had taken the drone of the bagpipe and made proper, contemporary drone music out of it. Hendrix’s, titled “Prominal,” is a scintillating piece — imagine the proto-minimalist, raga-esque burble of the Who’s “Baba O’Riley” turned into a frantic pulse, like a cicada having a heart attack. She writes of the track’s origin:

Promial is sourced entirely from the introductory notes of a Sailor’s Hornpipe. It is intended to envelope the sailor’s tradition in the vast expanse common to both the sea and the drone of the bagpipe. It was commissioned by the Community Radio Education Society’s (CRES) Media Arts Committee in Vancouver Canada in 2011.

Johnson, in his “Promial [Emma Hendrix] Remixed,” digs into the drone within her drone (that is, the drone within the drone within a drone), pulling a see-saw fragment from Hendrix’s piece and moving it about this way and that, nudging it to and fro, teasing out chance harmonics and rhythmic details.

This is his revision:

And this is Hendrix’s root track:

Johnson version originally posted for free download at soundcloud.com/l-a-j-1, and the Hendrix at soundcloud.com/emmahendrix. Hendrix is based in Vancouver, Canada; more from her at emmahendrix.com. The above image is from the Project Gutenberg ebook of The Little Skipper by George Manville Fenn (gutenberg.org). Johnson used it as the “cover” for his cover version.