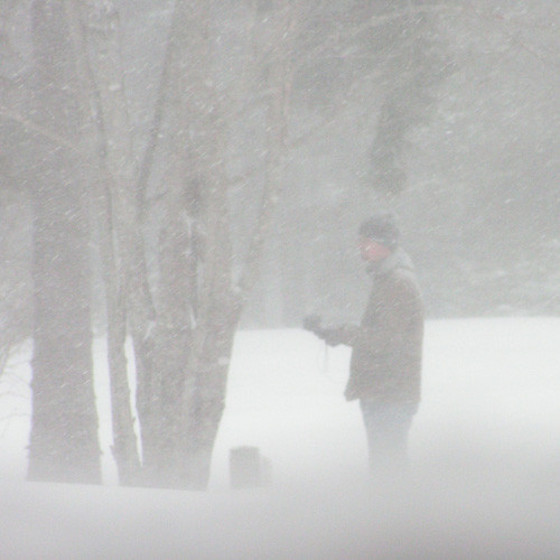 “Me recording the tree.” That’s how the photo caption reads. The photo accompanies a track by the “me” in question: Justin Buckley. He is visiting family in Nova Scotia during the current North American storm that has made “polar vortex” a household term. The tree is heard for 32 seconds, creaking in the intense winter wind. It sounds as much like a deck of brittle cards being shuffled or a typewriter making hesitant progress toward a thesis. It’s an audio document of a uniquely fierce and persistent storm, the sort of resolute cold more often documented in photographs, such as this one associated with Buckley’s track, and verbal complaints. Buckley reports that recording the sound was not a simple thing: “Most [attempts] were rendered useless from wind noise, but here’s a short snippet of a tree creaking in the wind, with the sound of a foghorn in the distance. Thought I’d share it with you to mark the occasion.”

Track originally posted for free download at soundcloud.com/justin-buckley. More from Buckley, who’s based in Berlin, Germany, at crumblereshape.com and twitter.com/crumblereshape.