This would be roughly the week of January 6 through January 12. 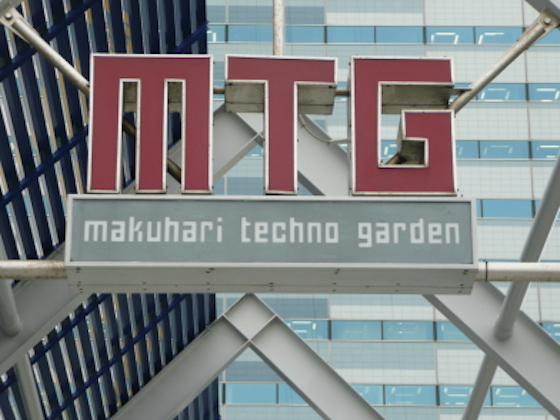 5 Years Ago (2009): I wrote about the 246 and Counting exhbit, which had closed the previous Sunday at the San Francisco Museum of Modern Art. By my rough estimate, exactly one of those 246 pieces had sound. It was by Diller + Scofidio. … I wrote about my experience at a Richie Hawtin concert in Chiba outside Tokyo the month prior, and I reflected on how cellphones had changed raves. (The photo here was shot at an outdoor mall near the Makuhari Messe, where the concert was held.) … I made a list of 11 things I wished at the time that my fifth-generation (“classic”) iPod could do. It’s kinda sad how few of them were ever implemented. … There was a review of Monolake’s Atom/Document album. … The image of the week was of a “recording studio as art installation” by Robert Kusmirowski. … The quote of the week was RZA talking about the late Isaac Hayes: “One Isaac Hayes song has made over 20 hip-hop songs. Look at ‘Walk On By.’ It’s a nice three-minute song by Dionne Warwick, but when Isaac got ahold of it, it became soulful, pimp-daddy, ride-in-your-car, lean-back, 12-minute song, restructured with organs and a flute.” … And the Downstream entries for the week included one-song hip-hop/r&b mash-ups by Y?Arcka, funk hidden by Hiroshi Kumakiri in squelchy noise, cello-tronic wonderment by Ted Laderas (aka the Ooray), material from Taylor Deupree’s “one sound each day” project, and quiet noise from Baraclough.

10 Years Ago (2004): This week I posted a lengthy interview (“The Organization Musician”) with Robert Henke, aka Monolake. I posted the transcript along with the profile article, written for the magazine e|i, that had resulted from it. … The quote of the week was from a lyric sung-spoke by Cake’s John McCrea on “The Headphonist,” a song off the Mexican rock band Kinky’s then new album, Atlas:

At this moment, I’m listening to a very, very quiet song / I’m walking alone again, with my headphones on again ”¦ sometimes it seems like everything I see has a sound and if it does — what is the shape of silence?

And these were the Downstream entries of the week: music on guitar for film shot out train windows by Keith Fullerton Whitman (aka Hrvatski), a lovely reworked Parisian field recording by Soundvial (aka Ken Reisman and Matt Simon — if anyone knows what came of them, please let me know), video of Brian Eno talking about the Long Now Foundation (which marks its 10th anniversary in 2014), Robert Willim (aka Selko) making much of noises from a sugar refinery in Sweden, and electronica from Alexander Wendt.