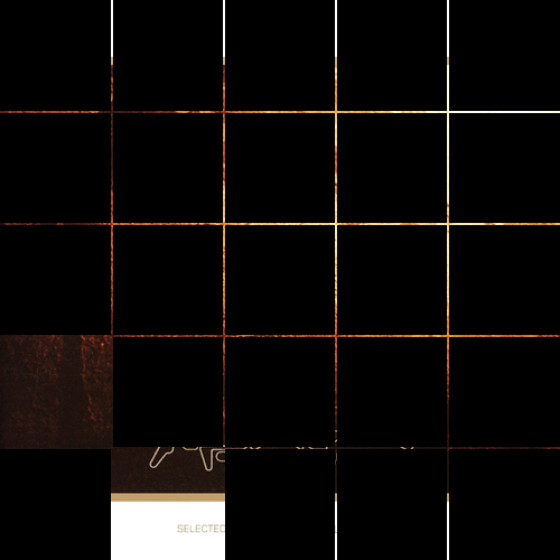 If Selected Ambient Works Volume II is to be thought of as chillout music, as sanctum music, as comforting-from-the-storm music, then the final tracks of it prepare you to head back into the world, in particular this piece (heard above), which is track 24, 23, or 22, depending on your edition. It is commonly referred to as “White Blur 2”(with another track, often re-titled “White Blur” or “White Blur 1,” being the one that is built on a wind chime).

In my book I interview Greg Eden, the individual who was responsible for the “fan naming” of the officially untitled tracks on the album. At the time of the record’s release, back in 1994, Eden was a British university student of physics. Later he worked for Warp for a decade, and these days he is a manager of such electronic musicians at Mark Pritchard and Chris Clark. He says, in part, of the process of looking at the art on the inside cover of the album and divining track titles: “That’s a white blur, but there’s another white blur, so that’s ”˜White Blur 2.’ I didn’t consult a mystic or go on a DMT journey. It was just very ”˜describe what you see.’”

There’s a rudimentary melody played as if on futuristic talking drum, a tuned drum where each beat is succinct in being, essentially, little more than a soft attack, a cotton mallet. At times a second voicing of that melody occurs, heard above the original, but it, too, while tuned higher, is a beat in the form of a melody, or perhaps vice versa, or more to the point standing in the space between those two presumed poles. There’s a gurgle and an insistent, geiger counter beat at the very start of “White Blur 2,” and that gurgle, a contorted roar at points, slowly takes on the appearance of a voice, eventually becoming a stoned cackle. (Detractors — there are those who persist in the idea that the album is a prank — might suggest this is Aphex Twin laughing at his audience.) The final moments are the track’s most beautiful, as each phrase of the core melody is tweaked slightly, nudged and bent as if it’s been pulled like a piece of Silly Putty.

Here is the track reversed (pretty much all the tracks are available backwards). The melody is symmetrical enough to be almost indistinguishable, but the voices are warped, and the attack on notes during certain segments is long enough to sound significantly backwards here: