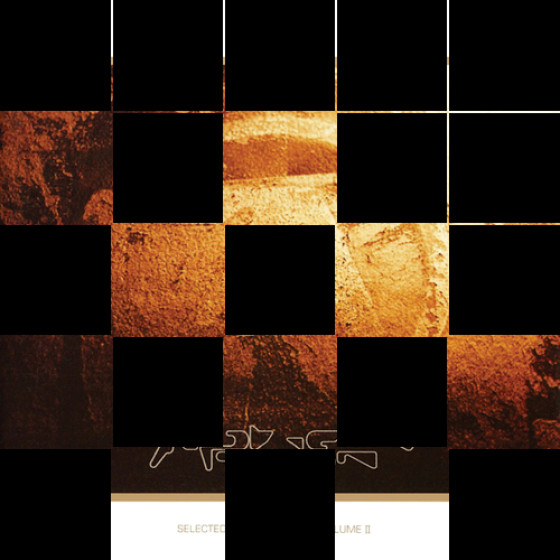 At just over two minutes in length, the track “Z Twig” is the shortest on the album. Its brevity is balanced by good cheer. It is arguably the album’s most upbeat, quite far from the nervous-making ambiguousness that haunts much of the record.

There are undercurrents of tension, though. To begin with, there’s the very start of it: a blood-in-the-ear throb that quick subsides as the blippy grid of beats kicks in. There’s another round of dark tones that appears around three quarters of a minute in, when the beats — this is a track conceived almost entirely as a series of overlaid beats — momentarily play in harmonic dissonance with all those around them. This beat in question, lower and darker than the others, which tend between blissfully alert and vibrantly eager, moves a partial step away from the others, and the result is that sonic moiré that occurs when near likes come in close proximity. It’s the audio equivalent of an out-of-register print job, like when the Sunday comics are poorly reproduced and one or more of the layers of color evidence a small but noticeable shift.

Ultimately, “Z Twig” is a series of beats that intersect in two ways: there is the rhythm of the initial beats themselves, and the echo effect, borrowed from dub music, which sends out waves of vapor-trail rhythmic sequences that then all in turn interact with each other, ripples in a ghost pool where none of the expanding patterns actually affect each other directly, just are heard in context of each other.

Here is a reworked version by Wisp, who uploaded a handful of these to the Internet and was later signed to Rephlex, Aphex Twin’s own record label. More on Wisp in the book:

This is an extended version, edited together by a listener for the original wasn’t sufficient (“This has long been one of my favorite RDJ songs, but I always found myself wanting more. This is my attempt at fixing this problem. I am by no means a professional editor and this version is not perfect or seamless.”):