This would be roughly the week of February 10 through February 16. 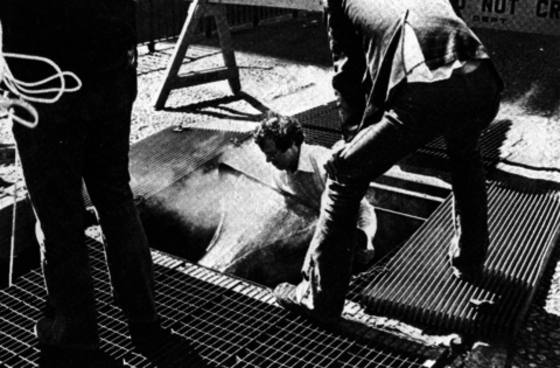 5 Years Ago (2009): I feel like I’ve been listening to Diego Bernal’s tremendous atmospheric old-school hip-hop instrumentals for much longer than five years, and perhaps I have, but according to my searches, I first wrote about them five years ago this week; these days Bernal, who is a Texas-based civil rights attorney, is on the San Antonio city council, representing his district. He has less room in his life for music-making these days, but he collaborated this past September with Ernest Gonzales (aka Mexicans with Guns) on the album Atonement. … Also in the Downstream this week: raw materials from Peter Gabriel’s “Games without Frontiers”, great Red Bull Music Academy interviews (Wolfgang Voigt; Mario Caldato, Jr.), some Floridian field recordings from Michael Raphael. … I went back to the New Langton Arts exhibit I mentioned last week about graphically notated scores. … I quoted from Max Neuhaus’s obituary by Bruce Weber from the New York Times (he passed away five years ago on February 9):

The sound creates a space for itself with definite boundaries. You can only hear it within a few feet. But the main audible effect is not so much hearing it as hearing what it does to everything around it. It kind of slices up the sounds of that fountain splashing over there, for instance.

That’s Neuhaus pictured above at his Times Square sound installation. … And I noted an appearance by Otomo Yoshihide at an event in New York.

10 Years Ago (2004): I wrote at some length about the year’s Activating the Medium festival in San Francisco. … Downstream entries included a four-minute stretch of French desloation by Planetaldol, a video for Warp artist Req, video by Keith Fullerton Whitman, more video from Whitman, and an interview with Scanner.