A downloadable 2011 performance by Valentina Vuksic 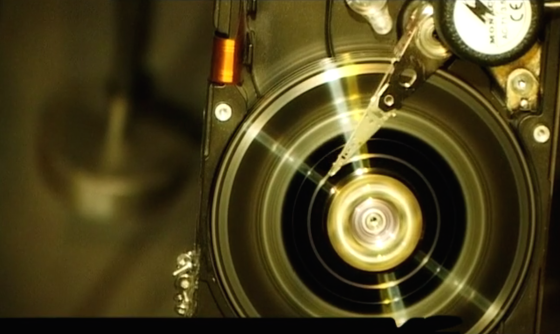 As solid state drives (SSD) rapidly put old physical digital memory into the trash bin of history, it’s worthwhile to reflect on the sounds intrinsic to them. While today SSD is widely appreciated for its near-silent operation, the primary sound source being the fan that is occasionally required to cool a computer system, in its day the physical disc drive was itself seen as a respite from the devices that had preceded it: the click of the shuffling CD player, the surface noise of vinyl, the playback mechanism of cassette tapes. Valentina Vuksic has made much of the inherent idiosyncrasies of the hard drive, the galloping clicks and fizzy transgressions, turning those signals of function and malfunction into sound for its own sake, a post-digital chamber music of delicate tensions. She’s employed the word Harddisko as an umbrella name for many of these projects.

It’s been two years since Sonic Circuits, the Washington, DC”“based experimental music promoter, has updated its SoundCloud page, but there’s still plenty of engrossing listening there. A track by Vuksic dates, as well, from two years back, but since it currently shows just 331 listens, it’s safe to say it can benefit from some additional coverage. The performance is from a September 26, 2011, Sonic Circuits show at the Pyramid Atlantic Art Center in Silver Spring, Maryland. At nearly half an hour it is an engaging and challenging listen, the dance music of failed digital memory systems.

And here’s video of one of her Harddisko installations, from the 2007 Dutch Electronic Art Festival, including interview segments in which she describes her artistic and musical activity: