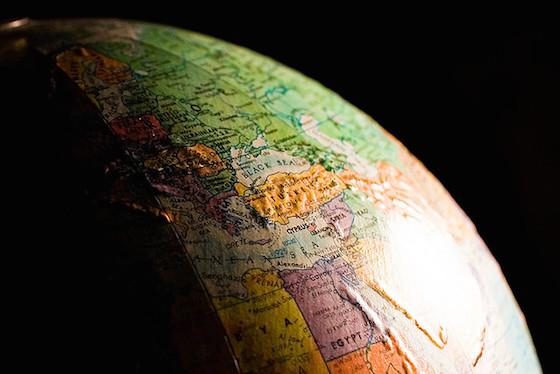 Despite the fairly geographically dispersed nature of my Twitter feed, it has its own evident cycles. Each day around 6pm in California, where I live, the feed quiets down, and when I wake in the morning, generally around 6am, not a whole lot appears to have transpired, despite the presence of plenty of Australians and Japanese, among others, in my mix.

Last night, to probe the dark hours, I set an automated tweet as a little experiment, to find out what people were hearing elsewhere. (I used the same IFTTT.com tool that auto-tweets for me the Tuesday noon civic warning siren here in San Francisco.) I wrote, just shy of 140 characters:

It’s 2:15am (this tweet’s automated). If you’re reading it, you’re likely not in the U.S. Please tweet back what you hear. #listening

The replies were gratifying, like transcriptions of recordings of utterly failed stake-out surveillance from around world.

Beth, who lives in Newcastle, in the U.K., wrote as follows. Her parenthetical — “(distant)” — serves as a nice summary of this entire little endeavor:

Darren Shaw, who lives in Rochdale, in the U.K., wrote:

Nathan Thomas, who has a UK URL (afternoondust.co.uk), wrote:

Inevitably, the middle of the night in the U.S. doesn’t entirely limit North American participation.

@disquiet Simple Minds “Don’t you forget about me” playing in the studio.

Joshua Anderson, who lives in Buffalo, New York, and was up early, wrote:

@disquiet crickets, a fan, my wife moving a plastic bag

And Chicago-based Cinchel weighed in after the fact:

@disquiet i’m 3hrs late..but at 5am CST i was listening to cats running around my apt playing with a pen

(Globe photo by Kenneth Lu, thanks to flic.kr and Creative Commons.)