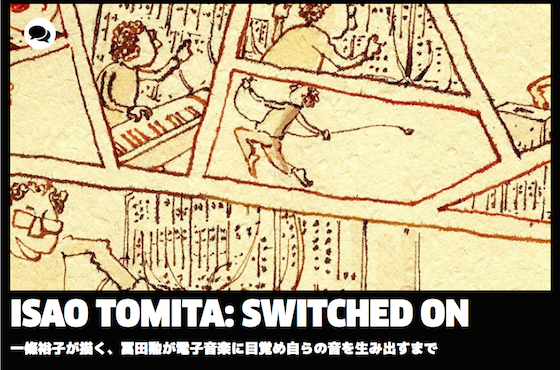 Now online is the fourth and final comic in the series that I’ve been editing for Red Bull Music Academy’s 2014 Tokyo festival. Titled “Switched On” it is an overview of the life and career of synthesizer master Isao Tomita, with a story cowritten by Jordan Ferguson and Yuko Ichijo and drawn by Ichijo. As with the previous three comics in the series, there is light animation. I’m especially pleased with this one because it is as distinct from the others as they are from each other, and because Ichijo managed to use Japanese and English side by side, with the exception of the narration that appears at the bottom of each page. 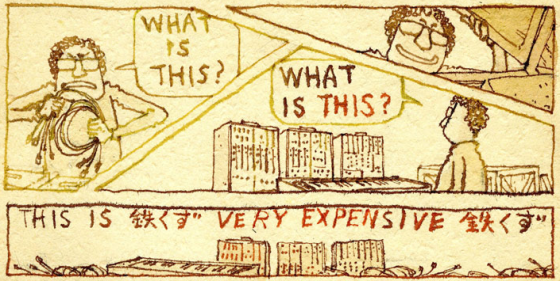 As with the other manga in the four-comic series, the one about DJ Krush, I co-edited this with Hideki Egami, long the editor of Shogakukan’s Ikki magazine. The other previous two were Can and MF Doom.

Yuko Ichijo is a cartoonist from Miyagi, Japan. After completing her study at Musashino Art University’s faculty of graphic design, she received honorable mention at the 159th Young Jump Best New Comer of the Month Awards in ’92 with Fujiyu Nikki (Inconvenient Diary), which led her to debut on the Young Jump magazine. Since then she has published numerous comics, and her latest series called Ahou Ressha is currently been published by Shogaku-kan Publishing up to the third volume.

Oh, in related news there’s a great lecture by Tomita on the RBMA site.