One More Month of “Sonic Frame”

My sound installation at the San Jose Museum of Art 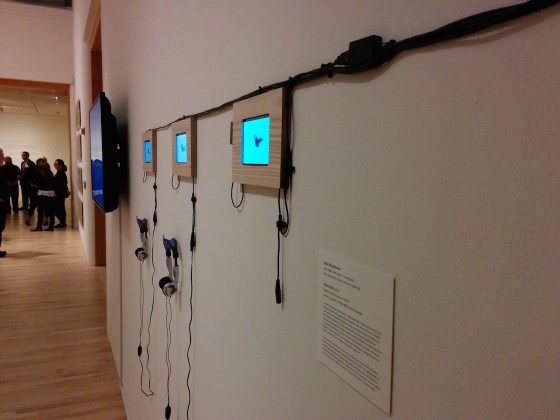 The installation “Sonic Frame” that I developed for the San Jose Museum of Art will be exhibited for one more month from today. The exhibit runs from October 2, 2014, through February 22, 2015. I’ll be giving a little talk the early evening of February 19, 2015, at the museum as part of the latest edition of its Art Rage event series (details will surface at sjmusart.org).

“Sonic Frame” is a three-screen response to Josh Azzarella’s video “Untitled #8, 2004.”Each of the three screens has original pieces of music, 21 total, that are intended to serve as scores to the video. Each score changes the viewer’s experience of the video, which in its original form is entirely silent.

There is a video in which I talk about the piece. The thorough summary is here: “How Sound Frames Vision.”