Last Friday night, the 13th, I had the pleasure of giving a short talk at an event sponsored by the Creative Commons and organized by artist and writer Niki Korth. The event title: “Creative Commons DIY Salon ”“ I Can Do Anything Badly.” It was set up to celebrate the publication the fascinating new book, I Can Do Anything Badly 2: Learning by Doing Is a Shared Responsibility, which is a collaboration between Korth, Clémence de Montgolfier, HoÃ«l Duret, and Frédéric Teschner. I Can Do Anything Badly 2 collects conversations, in English and French, with artists, coders, lawyers and others “in order to document the spirit of DIY in the digital age.” The book is available in print and as a free PDF. More on it at icdab.club. 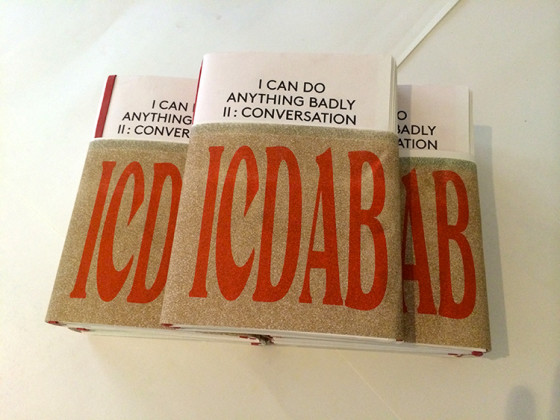 My talk was about the Disquiet Junto, and what led up to it, about my transition over the past decades from interviewing musicians to engaging with them in music projects. The main junctures I focused on were 1989, when I started as an editor at a music magazine; 1996, when I left the magazine to take an online job; 2006, when, with the Our Lives in the Bush of Disquiet project, I for the first time commissioned original works of music in response to a compositional query; 2011, when I opened the commissioning process a little for what became the Instagr/am/bient compilation; January 2012, with the launch of the Junto; and October 2014, when the Junto sound installation was exhibited at the San Jose Museum of Art. I talked about the structure of the Junto, in which musicians each week, 500+ at last count, respond to compositional prompts, how the varying nature of those projects combined with the communal structure provides a comfortable, supportive structure (I’m studiously avoiding the word “community,” and failing) in which to potentially fail. And I explained how my own development and moderation of the Junto similarly pushes me into areas of deep inexpertise.

The other presentations were very interesting. Korth (twitter.com/kikisurvives) gave an overview the overall plan for the evening, and connected it to her recent book with De Montgolfier, Duret, and Teschner.

Luca Nino Antonucci (itwillbeok.com) talked about the history of the Venus de Milo, “bad sculpture,” and how incompleteness has its own sense of attraction. 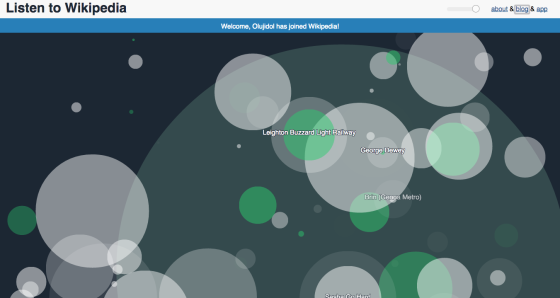 Mahmoud Hashemi (github.com/mahmoud) talked about his great sonification project Listen to Wikipedia (listen.hatnote.com), which he built with Stephen LaPorte. I was especially happy that Hashemi was involved, because despite the fact that we’d never met before, I use Listen to Wikipedia every semester as a subject when I teach my class about the role of sound in the media landscape at the Academy of Art.

And for her presentation, Carissa Potter (peopleiveloved.com) went from theory to practice by having everyone in attendance fail in public at doing the tango.

There had been a plan initially to have music performed by members of the Disquiet Junto, but the timing just didn’t work out, which is for the best because the presentations went —Â happily — well past the planned 8pm closing time.

More on the event at thebigconversationspace.org, which was held at the Park Life gallery in the Mission District of San Francisco.