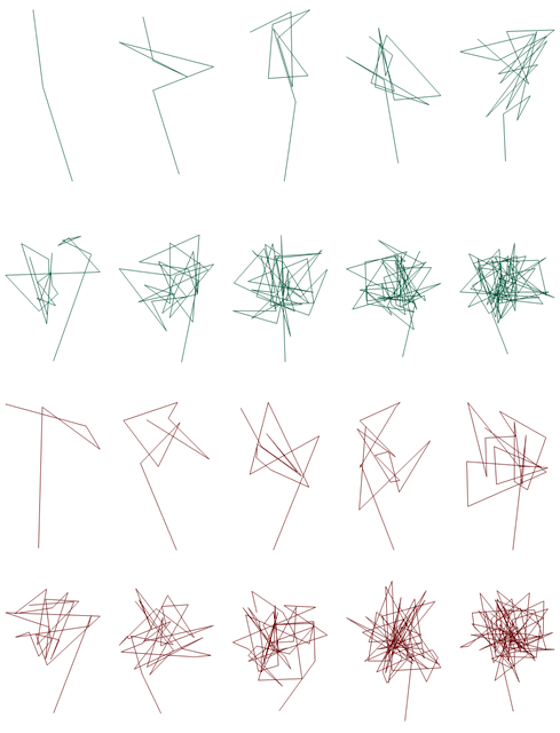 What makes a piece of music in question complex? The misdirection here, in this track from Guy Birkin and Sun Hammer, begins early, just 10 seconds into the recording, when, after a semblance of a theme emerges, it cuts out and begins again.

And the explicit complexity isn’t all about the audio zigging when your ears expect a zag. There are bright sprays of noise and jittery manifestations of latter day glitch. It’s a compendium of complications, all in service of thinking that Birkin and Sun Hammer have put into, in recent years, the whole concept of complexity. That is, what makes a piece of music complex? What earns it that adjective? The track is off their forthcoming album Complexification, on the estimable Entr’acte label. It’s actually two samples of the record, combined into one file. The recipe for their exploration of complexity is as follows:

The Complexification project explores musical complexity through a collaborative process based on a set of rules:

In this project, complexity is understood in terms of the quantity and variety of musical elements or patterns. The result is two parallel threads of music, each representing a progression of increasing complexity.

The above visual accompanies Birkin’s announcement post on his blog, in which he writes, “The aim of this project is to explore musical complexity through a creative approach rather than an analytical one.” The image appears to show an increasingly complex sequence of related visuals, suggesting a means of comparison. There’s also a more lengthy PDF summarizing their approach to the subject. More on the record at entracte.co.uk.