The Least Digital Music You Will Hear These Days

Tape cassettes as halls of mirrors, courtesy of Black Thread

The black thread from which the act Black Thread takes its name is the thin spool of magnetic tape in a standard cassette.

That tape is Black Thread’s medium, modus operandi, and muse. He works the material into dense, ever-shifting cathedrals of murky noises. It is some of the least digital music you will hear these days, the foundation ever slightly moving, like it exists in a state of permanent subtle earthquake aftershocks. This is music that is incapable of perfection, devoid of a metronomic pulse. It isn’t free like free jazz. It isn’t free like a hand-drawn line. It’s free like a machine that was once a source of documentary purpose, and that now lingers in gadget retirement as a folk instrument.

That insistent, unpredictable bleed is the origin of the effect from which these two pieces take their name: “Seeping Pitch.” The accompanying art is a parallel effort — same aesthetic, different medium — exploring the inaccuracies inherent in photocopy machines: 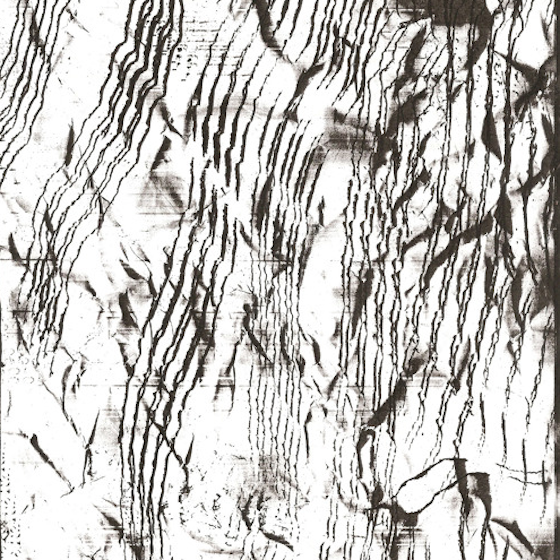