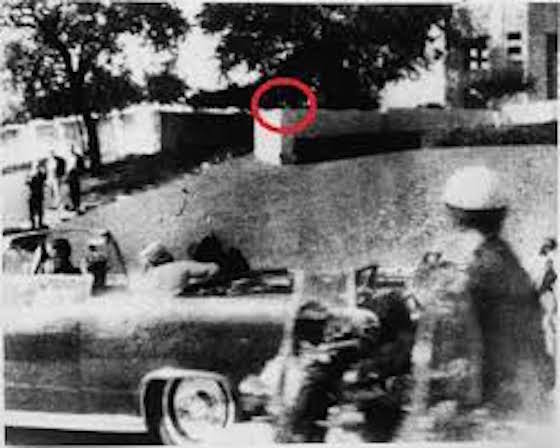 — JFK’s Whispers: The upcoming convention of the AES (Audio Engineering Society) will have a presentation by Bruce E. Koenig, who will give the Richard C. Heyser Memorial Lecture. Koenig will be talking about “using sound to investigate critical events.” The talk is titled “Acoustic Forensic Gunshot Analysis — The Kennedy Assassination and Beyond.” AES’s New York conference will run from October 29 through November 1 of this year. (Found via Gino Robair.)

— Sound Startups: Dave Haynes left SoundCloud back in January 2014, but he didn’t leave sound. In a post at Medium, he discusses various ways that sound is fueling computer science, consumer products, and culture. He touches on a variety of new companies and items, including a “smart house sitter” called Point, and broader concepts like “hearables” (a subset, per se, of wearables).

— Gallery Sonics: John Kannenberg asks and answers the question “Why Listen to Museums?” in a paper he’s uploaded to academia.edu. He collates his observations to field recordings he makes at art institutions: “Museums as sonic environments contain a record of the present day mingled with the past. Every footstep, every echo, every bang of a ventilation duct that I record while in a museum captures data about how the sounds performed by contemporary people are affected by the historic objects in that space.”

— 3D History: Billy Ã“ FoghlÃº of the Australian National University has used 3D printing to bring back iron-age instruments. “These horns were not just hunting horns or noisemakers,” he says in a piece at sciencedaily.com. “They were very carefully constructed and repaired, they were played for hours. Music clearly had a very significant role in the culture.” (Found via Mike Rhode.)

— Sonic Artifacts: And I love this brief bit from the China Miéville short story “The 9th Technique,” which appears in his new collection, Three Moments of an Explosion: Stories.

The occult economies of charged items were always jostling. War had flooded the market.

Helmets that remembered the last sounds heard by those who died. Melted iPods pried from burnt-out tanks — if you could make them play again, they would infuriate djinn.

Miéville is often characterized as an urban fantasy writer, but what he really reads like is science fiction’s answer to Billy Bragg. His work focuses largely on class, and yet has a florid, romantic nature. Bragg posited capitalism in contrast to love; Miéville connects it to horror. The lurid detail of Miéville’s stories can mask their romance, but it’s there in the rich descriptions, the emotional scenarios, and the difficulty people have forging connections. In “The 9th Technique,” a character hunts for objects infused with dark magical forces (his “charged items”) as a result of torture at Guantanamo and other fronts in the War on Terror.

This first appeared in the September 15, 2015, edition of the free Disquiet “This Week in Sound”email newsletter: tinyletter.com/disquiet.