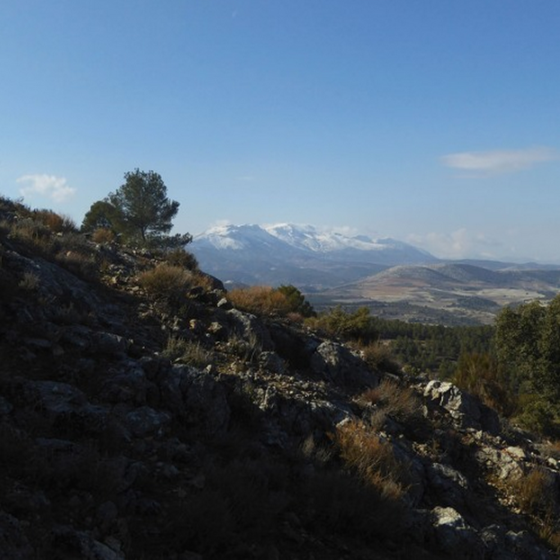 Kate Carr, who travels widely and records as she goes, is employing sound as a mapping tool. Or perhaps a better way to put it is that she is employing a map as a compositional tool.

This half-hour track is an experiment of hers. As I understand it, roughly each three minutes marks one of 10 sites along a path of a mountain in Spain. The sound isn’t pure field recording — or it doesn’t appear to be. There seem to be edits and treatments, but perhaps the sound in the Spanish countryside is simply that surreal. There is muted singing, too — perhaps Carr in duet with the world.

She writes of the piece, which is titled “From a wind turbine to vultures (a sonic transect of a small mountain in Velez Rubio, Spain),”

This is an idea I have been working on for a while. It involves the sonic investigation of 10 sites along a sonic transect. These sites were evenly spaced along a straight line up a small mountain in a remote area in Spain. The wind turbine in the title was in the valley of the mountain, the vulture at the peak. This is just a testing out of this idea. 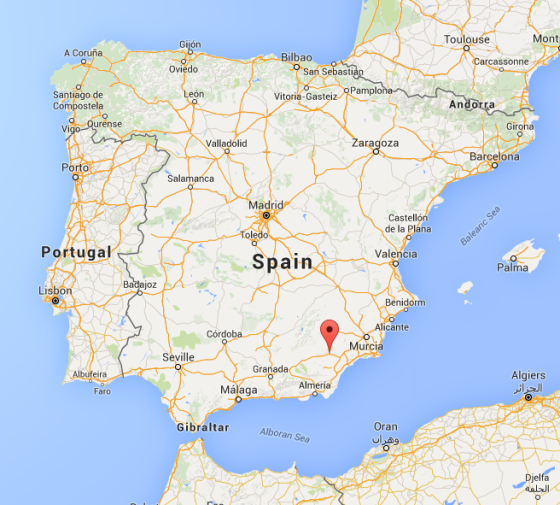