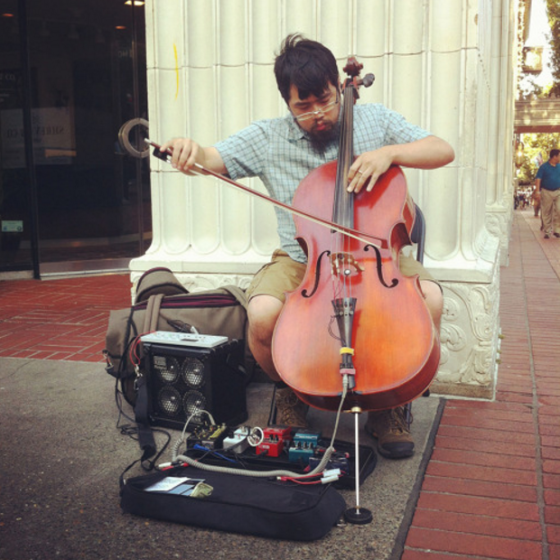 Ted Laderas, who goes by OO-Ray when he’s piping his cello through layers of effects and, in turn, breathing out reams of lovely music that’s half classical and half shoegazer, has a new EP out soon, a half-hour cassette titled Vespers. The album’s name, taken from the early evening prayer, is certainly appropriate, as his music often has the aura of a cathedral, in both its sense of space and its contemplative presence. This two-minute sample of Vespers does not disappoint, with deep echoing of subsumed sawing, the effect as much like an organ as like a chorus.