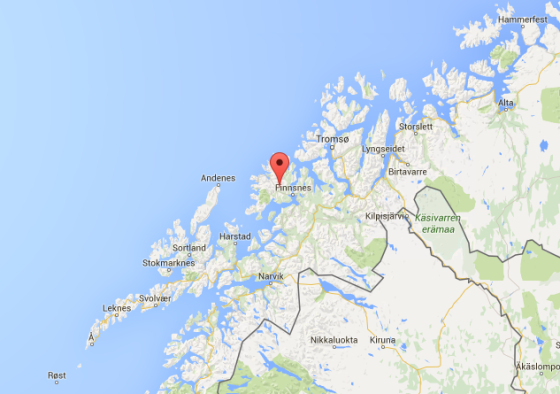 Starting off in “the cultural hub of the Arctic Circle,”British broadcaster Petroc Trelawny reports on the sounds of deep, dark, sun-less winter — music of Tromsø, Norway, including its local ballet, orchestra, and a church choir known as Arctic Voices; the traditional vocal style of yoik (which a Norwegian student of mine did a report on last semester); and, most pertinent for this site’s coverage, the efforts of Geir Jenssen, aka Biosphere, to use the sound of frozen lakes and other natural regional resources as source recordings for his music. Jenssen’s segment, recorded on the island of Senja where he lives, begins at 26:30 and runs for a tad over 12 minutes. Jenssen discusses how at the right time of year, the ice on a frozen lake can serve like the skin of a drum — the effect is also known as “singing ice.” It sounds at times, as well, like the reverberation of long thick metal cable. He is also recorded playing a (reportedly bright orange) vuvuzela to test the deep echo of one of the spaces he and Trelawny explore. Now I’d really like to hear what Jenssen could make of yoik and that choir.

There’s no embeddable player, but the broadcast is available for download and streaming at bbc.co.uk. More from Jennsen at biosphere. (Several people drew my attention to this BBC broadcast. Many thanks.)