Listening for Context Between Raw and Cooked Orchestral Performances

In a piece by composer Emilie Cecilia LeBel

It’s unfortunate that many classical composers who post work to SoundCloud and other general-access streaming services don’t annotate their work particularly well, if at all. Often it seems that the material posted was honed in academia and posted for peer distribution, but public music ends up with a public listen, and why not take the time to provide a bit of a program note: what you were aiming for, what you were exploring, what the instrumentation is, what to listen for? Then again, most commercial streaming services (Apple, Google Play, Spotify — even the dearly departed Rdio, which was the most album/artist-centric of its cohort, as opposed to a playlist orientation) provide little if anything in the manner of what was once called liner notes, so individual composers can’t be particularly blamed. Apparently the New Criticism, as it was once called, is new again – that is, the perception of the work as a standalone object, devoid of authorial or cultural context. Or, as C. Reider joked on Twitter, it’s not particularly “acousmatic”to expect a composer to say anything about a work. “Acousmatic”is sound one hears without being aware or certain of the originating source, which is a little different from listening to an orchestra and wondering what was on the minds of the composer and players.

None of which Emilie Cecilia LeBel should be critiqued for individually. She’s generously posted a selection of her compositions to SoundCloud for several years now. Originally from Canada and now an assistant professor of composition and music technology at the University of Montana, she in the past month posted not one but two very different takes on the same work. So, while we don’t know much in the way of background of the evocative, sprawling, and yet exquisitely ephemeral “Monograph of Bird’s Eye Views,”we can listen back and forth between the two takes. Better yet, they were performed by the same ensemble, the National Youth Orchestra of Canada, in two very different settings: live in concert in Calgary, and in a studio in Montreal. 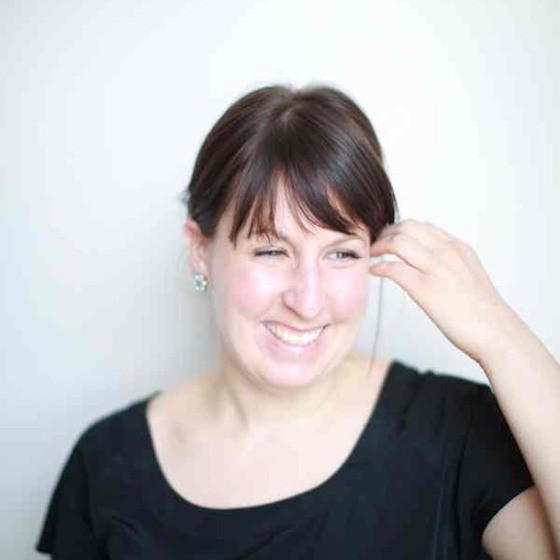 The work opens with a dream-like salvo, star-fall shimmers that resolve with a held note. This transfers to a nearly drone-like stature that much of the remaining eight minutes or so strain, successfully, to preserve. “Monograph of Bird’s Eye Views”is a very slow work, yet never tedious. And the strain isn’t a sign of difficulty, but of ambition. LeBel creates a broad quiet space in which individual instruments are paired across sections, and small bands within the orchestra provide soft clusters of chordal formations. The main difference between the two renditions is, of course, room tone. In the live version, the underlying subtlety has to persevere against a tinny, humming spatial reality, but there are also plenty of variations to note, something held back here, something slightly apart from the herd there.

This is the studio recording:

This is the live recording:

My opening comments about the frequent lack of context for music posted on services like SoundCloud, and Bandcamp for that matter, aren’t unique to classical music. And it’s an unfounded condescension to suggest there’s any more inherent depth in an orchestral work than in, say, a remix. However, classical music in particular suffers from far less popular-audience comprehension than do many other forms of music, so listeners bring less knowledge to it. Also, an orchestral score, such as this piece, likely results from an extended gestation period — which is to say, its development has a built-in narrative. Clearly this has been on my mind for awhile, and “Monograph of Bird’s Eye Views” provided both a good example and the kind of listening space conducive to formulating my thoughts. All of which said, LeBel’s composition is absolutely beautiful.

Tracks originally posted at soundcloud.com/emiliececilia. More LeBel from at emilielebel.ca. More on the National Youth Orchestra of Canada at nyoc.org.