This is a detail of a phone, as painted by Andy Warhol. Like the work of Roy Lichtenstein, Warhol’s paintings often don’t translate well when reproduced. The situation is ironic since reproduction was the subject of so much of both men’s work. Printed on the page of a book or on a poster, a Lichtenstein study of moire patterns and the four-color printingÂ process becomes far more perfect than it is in person, so perfect as to essentially eradicate the very inaccuracies in which it initially reveled. This image is a closeup of the side of the mouthpiece to a telephone. It’s from Warhol’s acrylic and pencilÂ Telephone, which dates from 1961. I shot this, and some other angles of the original, at the Museum of Contemporary Art in Los Angeles while on a brief vacation there this past December. From across the room you see a classic old phone caught head on, the earpiece atop a stately black column, the mouthpiece connected by a thick licorice cord. As you approach the painting, the black and white image reveals two different meanings of white. There’s the white of the blank background, against which the phone is situated, and then there’s the white on the phone itself. This latter white represents reflection. This second whiteÂ looks white, but it’s black — it’s the black where the light hits the phone. Closer still and the details become all the more apparent: tentative tracings, light washes that reveal the pattern in the canvas, and cautious swirls meant to approximate the genuinely mechanical. 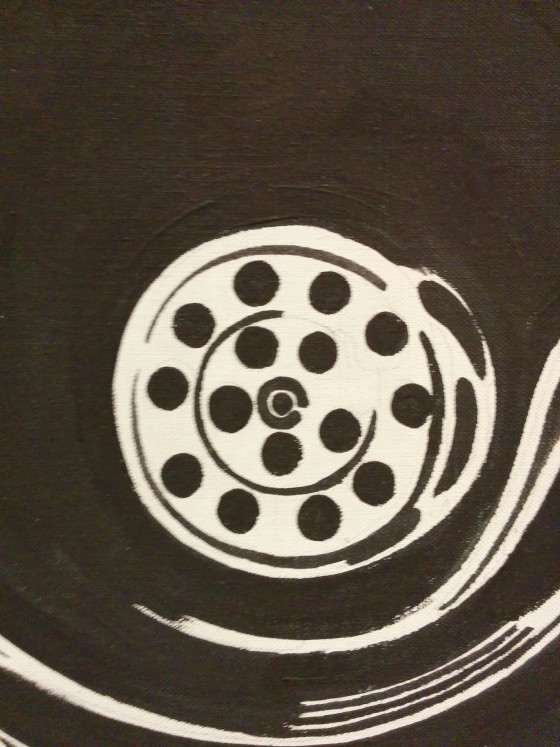 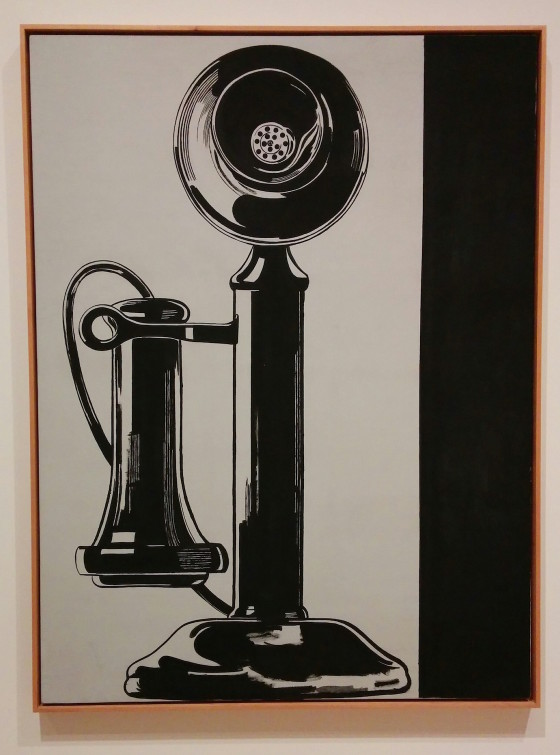 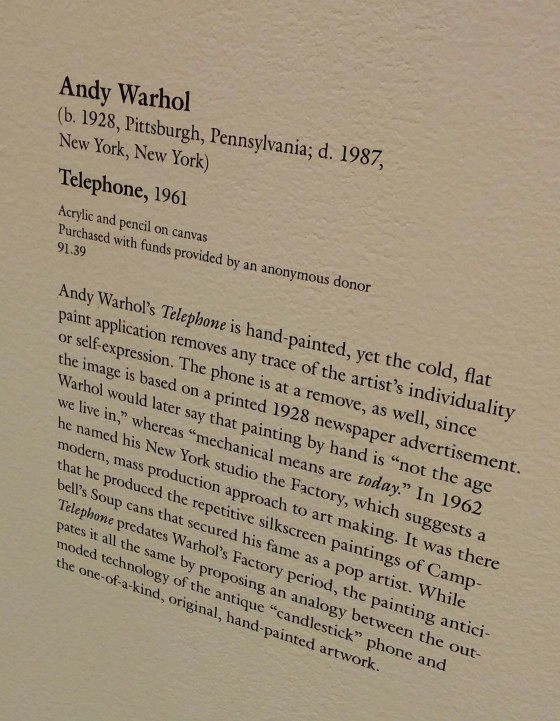