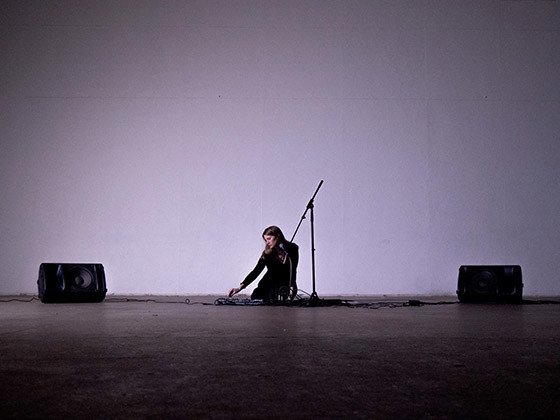 In advance of the album’s release, Lesley Flanigan has posted one track off Hedera for streaming. “Can Barely Feel My Feet” is a layering of her voice, the soft, insistent, prayer-like vowels starting off as a handful of parallel processes but then gathering in denser and denser substructures. At times the intonations bead against each other, the slight variations creating hushed, genteel moiré patterns.

By the end, all that remains is the moiré, a buzzing electronic field where once there was were human voices. The album is due out April 8. The main track on the album, the title piece, has yet to be provided for streaming, but there’s a segment of it in this video, in which Flanigan’s electronically processed vocals are heard against a rhythm provided, apparently, by a malfunctioning tape deck.