The opening track of Hummingbird’s tremendous new album, Glade, is airy and dense at the same time. The bellows-like audio has a deep, engrossing, maximal-minimalist quality that brings to mind the work of Terry Riley. Titled “Himalayah” it’s a muted raga, an ecstatic pause, a rusty halo. It builds as it goes, gaining mass yet remaining clouded. It’s the first of 14 tracks on Glade, which proceeds through variations on this trance-inducing, pastoral ambience.

Much of the record is built on drones that emphasize enchantment over anxiety. This sort of thing can become treacly in the wrong hands, but that’s not the case here. What grounds the work is the drones often engage with textural material, like the audible shaker in “Three Empires,” or what appears to be creaking wood beneath the echoing piano in “Six Points of Tabligh” and a similar creaking combined with a sandpaper burr amid the otherwise entirely winsome “Fragment of a Discourse.” Glade’s approach to drones gets orchestral on “Lesson Nine,” where the instrumentation goes in and out of phase in a way that suggests it’s being warped in real time, the fabric of some recording messed with this way and that, gently but perceptibly. The entire album is flush with this sense of heightened everydayness, a mix of meditative and present, drone and texture, placid and grounded.

This idea of “discovery” has been on my mind a lot lately, so I wanted to mention that I found Glade via Bandcamp, thanks to one other person than myself having publicly acknowledged on our Bandcamp user feeds that’d we’d purchased another album, Dual Concentric by Nature Program, which I wrote about yesterday. I clicked through to that person’s list of Bandcamp purchases, and then listened to several of them. My first experience to Glade was as an accidental overlay to Dual Concentric. They pair well.

The album is available at facture.bandcamp.com, though the fac-ture.co.uk website (whose first release was another Hummingbird album, Our Fearful Symmetry Remixes) doesn’t appear to have been updated since 2013, and the Discogs.com site attributes Glade to Fluid, whose site offers some glimpses of the packaging of the limited-edition physical release: 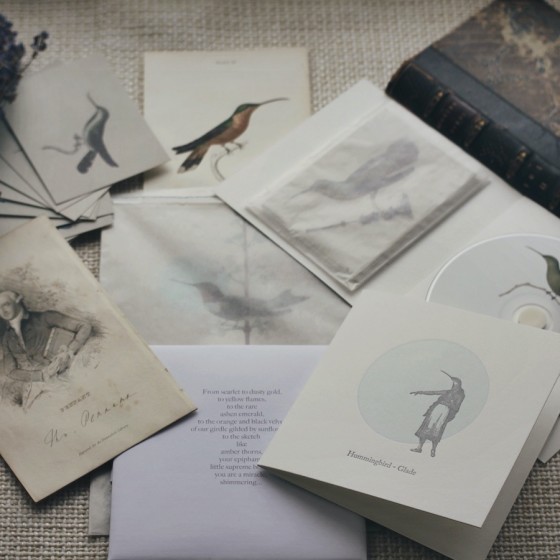