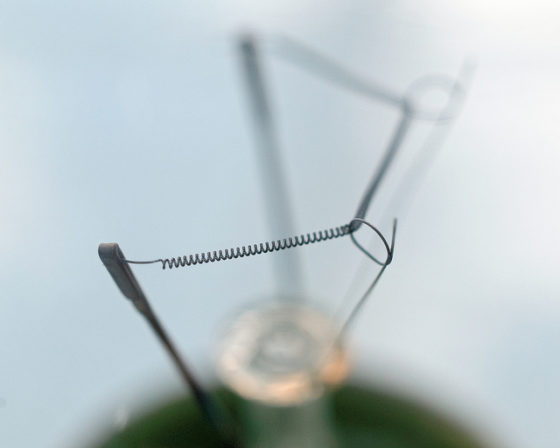 “What is that sound,” Billy Bragg once sang. “Where is it coming from?” He was not describing the room in my home where something, yesterday, was ringing. For awhile I thought it was just my ears — allergies, age, perhaps a cold. I heard the ringing, but figured it might be internal. Then someone else came in and asked what the sound was. Aside from my laptop, there was nothing on that might emit sound. The guitar amp was off, the modular synthesizer was off, a handful of musical gadgets were off. Even the power strip into which most of them were plugged was off. This was all self-evident in the bright room.

I turned off the light switch on the wall. The room went dark, except for the bit of sunlight that made it through the drawn blinds. The room also went silent. The sound had something to do with the light fixture that hung from the ceiling. I turned the light switch on, slowly, and the room began to become more visible. The sound was gone. The room, however, was darker than it had been. Minutes ago two incandescent bulbs had filled the room with light and sound. Now one of the bulbs was dead. That whine, that electric buzz, had had something to do with the now dead bulb’s last moments of function. I pictured its filament, close to the breaking point, the tension in its failing, spring-like connection, before it finally had given way.

(Photo by Dave Crosby, used via Flickr and a Creative Commons license.)