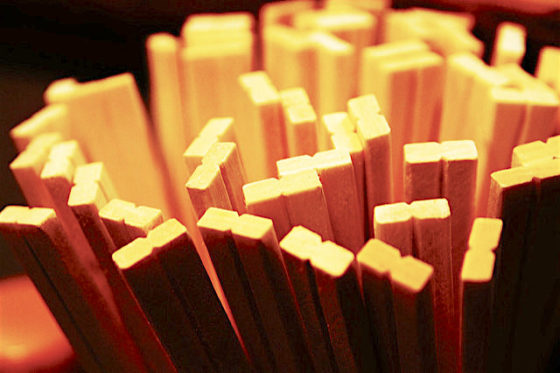 The local restaurant at lunch yesterday was sizable, in all three dimensions. The large space was packed with diners of all ages, several tables with at least four generations of family members. The double-high ceilings collected the conversations from the various tables, jumbled them up, and shot collages — echoed, splintered, layered — to wherever you sat or stood. Virtually every table was speaking Chinese, ours being one of the few exceptions. Nothing overheard by us was understood, rendering the numerous conversations, the ones close by and the ones reflected off the ceiling, into a kind of human-generated white noise. The murmuring, all at a reasonably sedate volume level, combined with the drone of the nearby soda machine into an underlying purr. In some ways we felt culturally apart; in different circumstances, the buzz might have reinforced such a feeling. In other ways, though, we felt strongly bound by our shared neighborhood and our mutual affection for this restaurant’s sesame balls, shrimp dumplings, shumai, and other dim sum treats. In that latter regard, the vocal hum felt like we’d tapped into the neighborhood’s energy, into the tonality, if not the content, of micro-regional conviviality.

(Photo by i_yudai, used via Flickr and a Creative Commons license.)