The chaotic sounds of a brand new restaurant 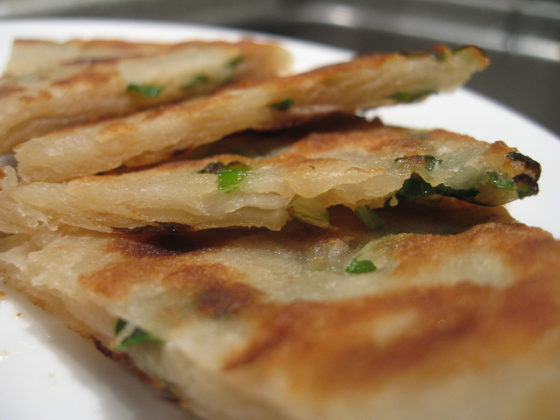 A new, small, inexpensive Chinese restaurant in the neighborhood recently filled the space vacated by a smaller, even less expensive Chinese restaurant. The old place was here for over a decade. The new place has been in place for a week. The new place is larger than the old place because an interior wall was torn down, doubling the seating area. Still, there are only eight tables, seating between two to four people each.

Yesterday at lunch I sat, party of one, at one of the tables for two. The place’s growing pains were evident in various ways. Two thirds of the menu wasn’t yet available. The benefits of a proper lunch menu have not yet been acknowledged by the proprietors. People kept dropping by to ask if they serve the same food — dim sum — as the previous restaurant, which they don’t exactly, though they do serve many dumpling dishes and appetizers. Annoyance can sound similar between different languages, on both sides of a counter.

The kitchen was quite close to where diners sat. Even though the wall between those two sections had been preserved, sounds of the kitchen were evident. Much of the sonic activity was simply a matter of cooking — the rough texture of a wok being pushed around, the light crunch of vegetables being quickly diced, the pouring of liquids, the flash of oil caught by a flame. Many other sounds served as evidence of those growing pains: the grumbling of people getting in each other’s way, the anxiety of misplaced or confused orders; things being dropped, searched for.

Restaurant kitchens are rarely places of repose. Still, there is a distinction to be drawn between frenetic and chaotic, between harried and nervous. This isn’t intended as a criticism of the place. Restaurants rarely open firing on all cylinders. They’re more like Broadway plays, which get previews before they’re fit for review. For all the anxiety inherent in the sounds of the learning curve, there was a clear sense of purpose, of fortitude, of attention. Something falling apart sounds quite different from something coming together.

(Photo by manda_wong, used via Flickr and a Creative Commons license.)