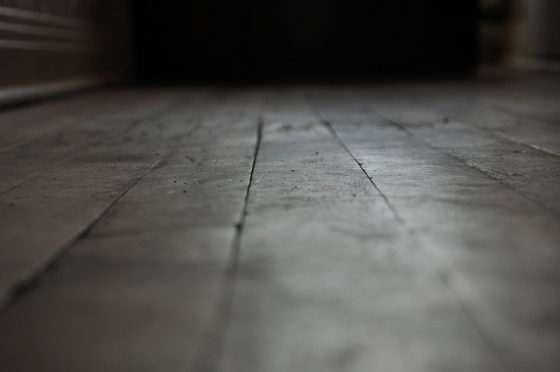 Two guests slept in the house, one in a bedroom, another in the living room, crashed out on the couch. It is rare that people stayed the night, and the house felt different and much of why it felt different was how it sounded. I’m used to stray, strange noises. I live in the city not far from the ocean in one direction and the bay in another, and quite close to a massive park. All manner of people and wildlife make themselves heard on a regular basis.

The building itself is over 90 years old. It creaks. It gives. It moans. It has regularly let the world in: a neighbor’s quiet party experienced only through chance fragments of the goings-on, such as the nearly sub-aural thud of the drum track to some quietly played music tuned just below annoyance and recognizability; a squeal in the backyard that seemed like a litter of mice but turned out to be a solitary, frightened, cornered skunk; off-season fireworks shot off at a considerable distance and echoing peculiarly; bands playing at one festival or another a few blocks away.

Eight years living in this building, I find all those sounds now familiar, and their familiarity has made other sounds more familiar than they might have been: permutations of the known. The guests provided permutations as well — not just of the known, but of the intimate. Footsteps in a new cadence, tracing a new route, but on floorboards I’d recognize anywhere. Water turned off just shy of fully, leaving the sort of drip that otherwise never happens. Cabinets closed just too quickly, a toilet seat dropped by mistake. Things few people rarely do in their own homes, but that they do naturally in other people’s homes.

Hearing these sounds — in the early morning, in the middle of the night, mid-day when the world has briefly gone otherwise quiet — turned my home, so new were the variations, into something akin to another person’s home. At night, for the duration of the visit, there were sounds I couldn’t hear — more heartbeats, more breaths — but I knew they were there. And even when the guests have returned to their homes, they will leave an echo in mine.

(Photo by Flood G., used via Flickr and a Creative Commons license.)