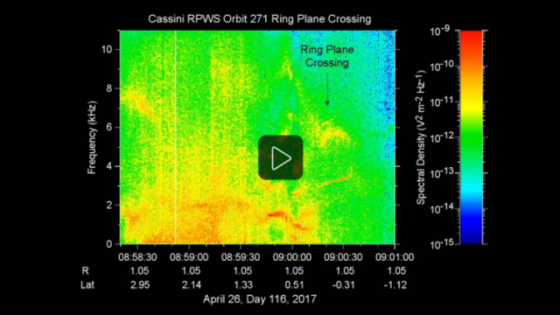 Ring Cycle: The second season of The Expanse, the Syfy channel’s excellent (stellar?) adaptation of the James S. A. Corey novels, may have come to a close last month, but NASA is here to fill the void. Not only has the Cassini spacecraft situated itself between Saturn and its rings, it has captured audio data of the particulates therein. As Rae Paoletta reports at gizmodo.com, the Radio and Plasma Wave Science (RPWS) instrument on Cassini (see recording above) picked up “the hits of hundreds of ring particles per second,” something of an apparent surprise to scientists back home on Earth. 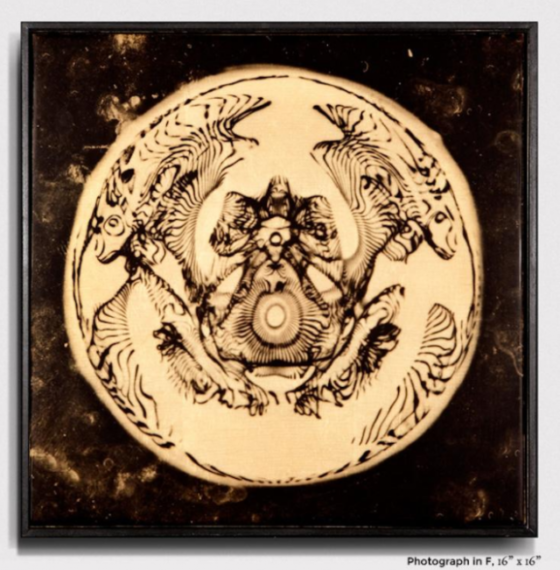 Synaesthesia Loop: Over at nautil.us, Heather Sparks summarizes the cymatic art of Jeff Louviere and Vanessa Brown. They took pictures of what different notes look like (see above) when stimulating “ink-black water,” and then turned those images back into sound, using the software Photosounder.

Audiophile Update: The whole notion of what “home audio” means is experiencing a continuing shift of late, as listening becomes — for better and worse — as much a subject for gadgets as producing sound: Google Home, it’s listening-enabled tech hub, now supports multiple users, by recognizing their independent voices; Amazon, in a race with Google Home, has made its AI available to chatbot developers; and in case neither of those instances raise privacy concerns for you, a lawsuit alleges that Bose wireless headphones spy on their users.

Womb Tune: An artificial womb, currently being tested on lamb fetuses, is being considered for gestating humans. As Jessica Hamzelou writes at newscientist.com, the parent-oriented item would allow “parents to communicate sounds to the baby and to see it with a camera.””

Sound Material: The miracle substance graphene, the world’s reported strongest material, has numerous gee-whiz applications, ranging from desalinating sea water to cleaning up radioactive waste. It also has sonic potential, according to a paper (at nature.com) by M. S. Heath & D. W. Horsell. Check it out for details on thermoacoustics.

Noise Central: Three of the noisiest cities on the planet are in one country, India, according to a report in indiatimes.com. This coincided with the attempts to institute an annual “No-Horn Day” (thehindu.com).

This first appeared, in slightly different form, in the May 2, 2017, edition of the free Disquiet “This Week in Sound”email newsletter: tinyletter.com/disquiet.