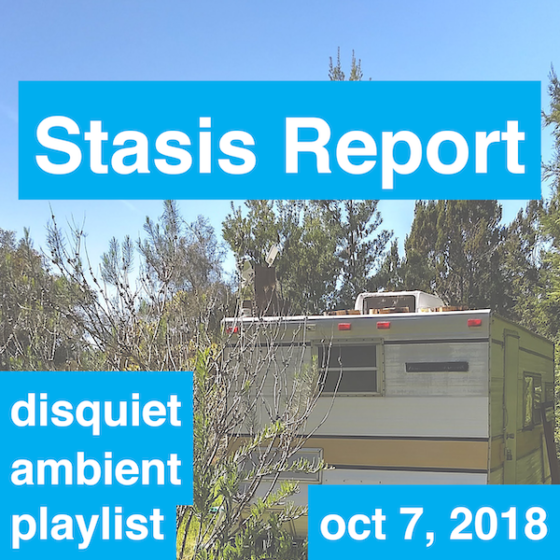 The latest update to my Stasis Report ambient-music playlist on Spotify and Google Play Music. The following five tracks were added on Sunday, October 7. Two of the tracks are brand new, two are from earlier this year, and one is three decades old and due for vinyl reissue.

✚ “Other Flowers” off Desire Loop by Lori Scacco, released July 6, 2018, on Mysteries of the Deep: loriscacco.bandcamp.com.

Some previous Stasis Report tracks were removed to make room for these, keeping the playlist length to roughly two hours. Those retired tracks (by Ian William Craig, Deru, Helios, Klara Lewis [there’s another track by Lewis still in the report], Machinefabriek, H. Takahashi, and Vida Vojić) are now in the Stasis Archives playlist (currently only on Spotify).