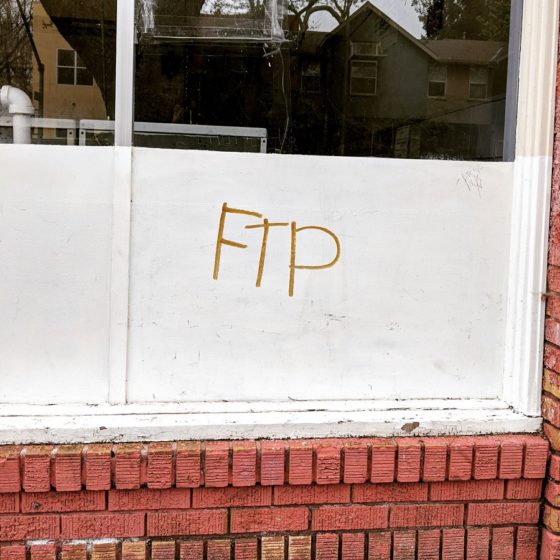 When the crackdown got serious on peer-to-peer sharing, the peers went underground, and then underground some more. Hardware saw a resurgence in pass-around thumb drives loaded with chunks of cultural history, but wifi connections to the disparate network remained the preferred mode, albeit with heightened attention to security and privacy. The peers forsook all but the most rudimentary forms of sharing. Nothing was left to the servers of publicly traded companies. Nothing passed through software certified by the app stores baked into the firmware of mobile phones. Nothing was posted without being cleaned of all but the most essential metadata. Caution was taken, in particular, regarding which internet service providers were truly data-agnostic in their functioning, and safe harbor was marked in public spaces with a simple but effective graffiti.

What Sound Looks Like: An ongoing series cross-posted from instagram.com/dsqt.