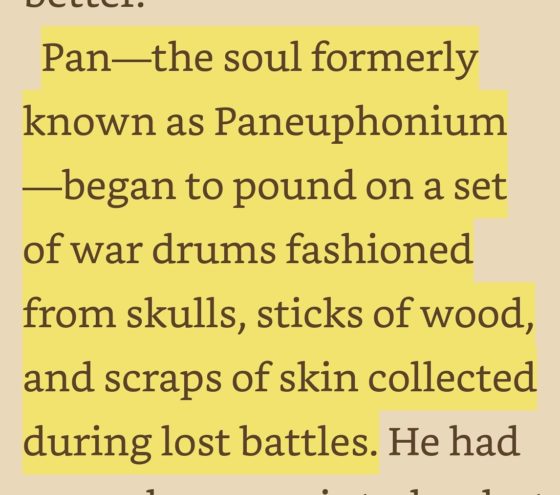 Raising the bar for adaptive video-game music: Your favorite composer is digitally resurrected near you in the Singularity, and proceeds to improvise a score to accompany your avatar’s actions. This passage connects with one much earlier in the book, when we first come across the music of a band called Pompitus Bombasticus, and the story digresses into various examples of how the music we listen to informs our perceptions at the time we are listening. This is the opposite of a spoiler. There was zero doubt at the moment Pompitus Bombasticus was introduced into what the book calls Meatspace that a parallel, or mirror, rendition wouldn’t surface later in the virtual/digital world. (From Neal Stephenson’s new novel, Fall: Or, Dodge in Hell, at roughly 55% of the way in. I’m occasionally collating observations about sound in the book as I make my way through its nearly 900 pages. See, previously: “The Hell of It.)