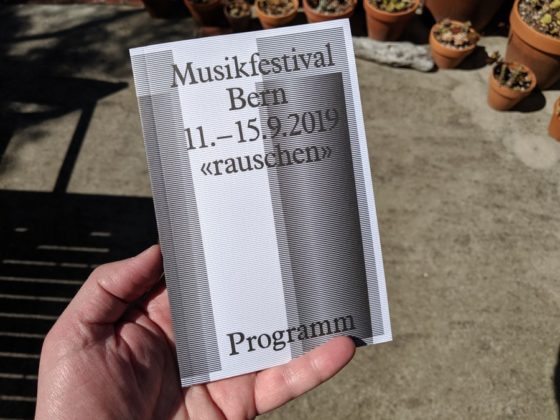 I’m excited to announce that the Disquiet Junto music community is teaming up with the Musikfestival Bern, which runs from September 11 through 15 in Switzerland. We’ll be doing a sequence of weekly projects exploring the theme of this year’s festival, which is “rauschen.” From the festival’s program:

It could be the rustling of leaves, the sighing of the wind, the buzz of traffic, the burbling of streams, the susurration of a forest… And it could be the sound of Bern… Most likely the whole world. Only in music do we suppress the idea of “rauschen”, a word that can only be inadequately translated as noise – it’s not welcome, most of the time. The Musikfestival Bern in 2019 places it and many other acoustic phenomena on the concert hall stage with songs, installations, microtones and electronics, allowing for all kinds of unexpected sonic exhilaration.

Also from the program: 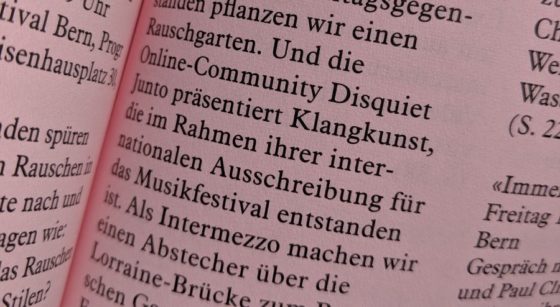 More on the festival at musikfestivalbern.ch.