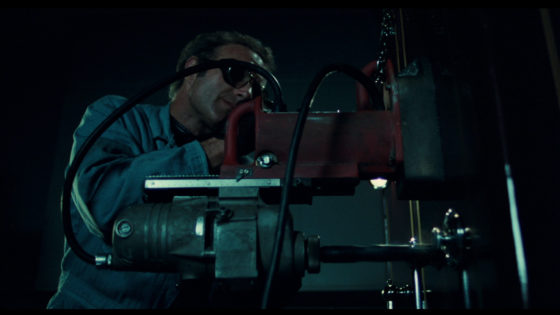 Jessie turns to Frank, the titular thief played by James Caan, and asks, “What does this mean?”

Frank replies, “It means heat.” What Frank means by “heat” is “attention from formidable adversaries on both sides of the law who were my dowry when you and I became a couple,” but he might as well have said, “It means Heat and Manhunter and The Insider and Collateral.”

That is from a short essay I just had published at the excellent hilobrow.com website. The subject is Michael Mann’s first theatrical-release film, Thief, which came out in 1981. (And, yes, there is a brief mention of Tangerine Dream’s score.)

The essay is part of the Convoy Your Enthusiasm series “analyzing and celebrating some of our favorite action movies from the Seventies (1974-1983).” There are 25 entries in the series. Other contributors include Madeline Ashby on Blade Runner, Jonathan Lethem on Straight Time, Erik Davis on Bring Me the Head of Alfredo Garcia, and Luc Sante on Black Sunday.