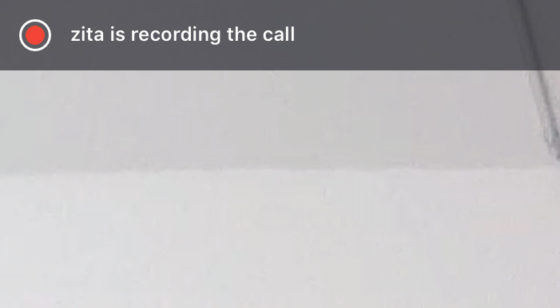 I was interviewed yesterday morning for something related to the Disquiet Junto, and the interviewer began, appropriately, by doing that standard interview thing where they ask if it’s OK that they record your voice. I’ve done this countless times myself, and I’m still getting used to it, to being on the other side of the proverbial and literal microphone. It turns out (and this was news to me, hence my making note of it) Skype now has a recording feature built in, so there’s no need for a handheld recorder, or for using a second app (though I would still recommend a backup). For privacy’s sake, when your Skype interlocutor elects to employ this in-app recorder, a little alert pops up in your window. The image shown here is from the upper left corner of my screen (in this case an iPad) as it appeared when the interviewer hit the record button. (I had, in turn, asked my interviewer if I could take this screenshot.) The message is a little reminder. The color red here is a standard “currently recording” tell, but in our global moment of heightened surveillance awareness it feels, as well, like a warning. Which is to say, there might be a nicer way for Skype to frame such an interaction.