The semi-bad news is I spent a considerable amount of time a year or so ago researching how people notate their synthesizer patches, never coming to a conclusion that I felt was (yet) substantial enough to write about. That is, how they draw, or photograph, or otherwise annotate for future reference the combination of cables and knobs, sliders and (increasingly) menu settings of their modules.

The not unrelated good news is, having done that work, I had developed some fledgling ideas as to how to accomplish such a task, ideas I drew upon this evening when my camera failed to record audio for what would have been the day’s Buddha Machine Variation.

The second of the images below is how I transcribed some menu settings (on the ER-301 module, using the Feedback Looper unit). I was, apparently, especially (presciently?) primed to take these notes, because the first of these two images is something I wrote in a notebook last night when an idea for today’s patch first suggested itself. So, these are the before and after. What’s missing is the middle, the actual recording. 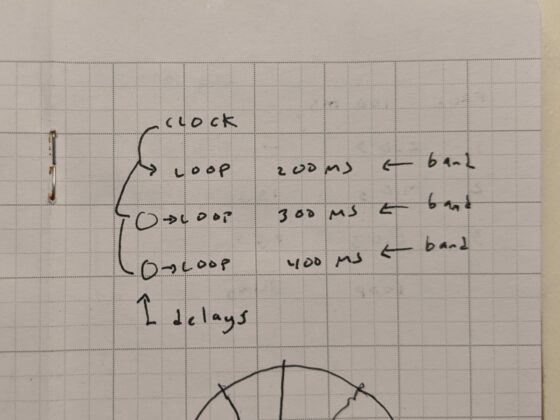 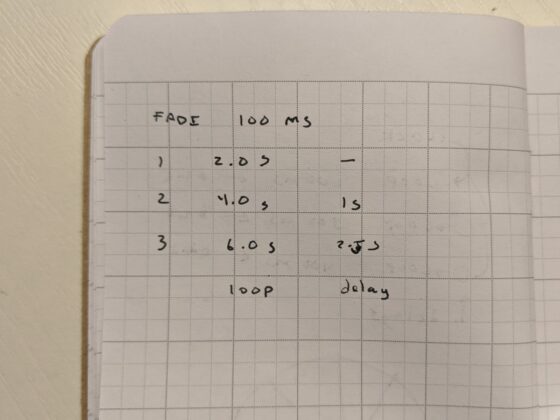