The great thing about window-swap.com isn’t necessarily the view. WindowSwap is a site where people can experience browser-spanning views out other people’s windows, and the folks sharing their view generally seem to leave the microphones on. So you don’t just see. You hear. You listen. When you have a glimpse out a window in Wangerooge, Germany, for example, you can hear water gurgling, as well as what seems to be office noise. When the feed switches to Haridwar, India, there’s birdsong. A siren passes, the source unseen, by someone’s pad in Mexico City, Mexico. There’s pots and pans rattling from a home in the Indonesian city of Tangerang. It goes on and on, around the globe and back again. It isn’t an endless itinerary, though. I’ve only used it a few times, and already come to notice repeat windows. 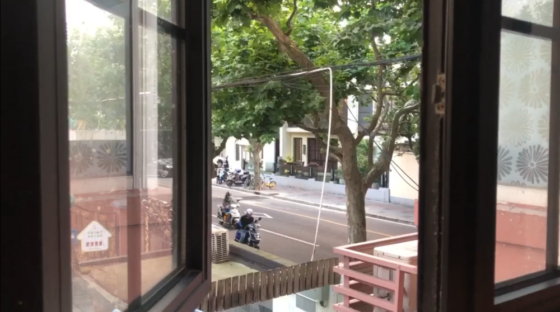 If WindowSwap brings the world close, details from the individual settings make the notion of distance (that is, of difference) more amorphous. The Tangerang kitchen has a radio playing, of all things, Tom Jones’ “It’s Not Unusual.” The shot of Bangkok, Thailand, is as generic as might be: open laptop inside, dangling power cables outside; nearby are sounds of construction work. And then there’s the houseplants, which are universal, with an emphasis on pint-sized succulents. As it turns out, nothing is unusual.

Nothing is unusual in part because a shared aesthetic has kicked in. No human is in view, at least not on the inside of the buildings. The window in each is likely centered and fairly horizontal, or outside the frame of your browser. No brands are to be seen. And what we hear is quiet precisely because the people doing the filming are themselves, for the most part, keeping quiet. We’re hearing their world in a unique circumstance where they are doing their best not to be heard. It isn’t everyday life; it’s life minus us (with some exceptions made for actual activity, generally at least a room away). 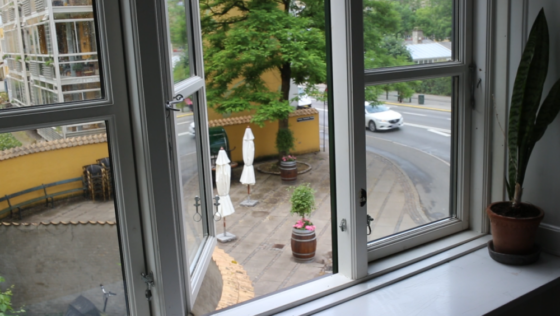 It’s also not everyone’s life. It’s a self-selecting cohort who have the interest and time to participate, and whose domestic life allows for such a thing. The supposed quiet of right now, amid the pandemic, can be overstated. There is violence, and protest, and anxiety, and noise. To a degree, the windows viewed through on WindowSwap comprise the opposite of disaster tourism. It’s a depiction of placidity in a world that is, in point of fact, anything but. That siren in Mexico City is the rare discordant sound in all the videos I witnessed. WindowSwap is, in a manner of speaking, another form of peer-to-peer sharing.

That said, though, the service is beautiful, and serene at a time when serenity is in short supply. In my office-chair travel, I didn’t just tour the quiet world; I also came across some familiar views, one from far across San Francisco, where I live, and another from a window on a rainy evening in Manhattan. The latter was especially familiar, and then I noticed the name Nomadic Ambience in its corner. That’s a YouTube channel I subscribe to, one of several that post lengthy, uncut footage of stationary and ambulatory periods. It was a uniquely internet experience to run into not someone but someplace, someplace that was familiar, a place I’ve never been and yet where I have spent considerable time. I often have such videos running in slow motion on a secondary screen at my desk. 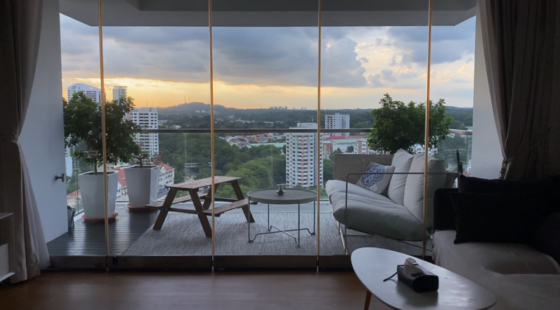 According to a Guardian story by Poppy Noor, WindowSwap’s developers, Sonali Ranjit and Vaishnav Balasubramaniam, are based in Singapore, and initially created it for friends during our extended pandemic, and later opened it up to submissions. The videos aren’t live, which explains why so many tend to be shot during daylight hours. The submission guidelines request the recordings be 10 minutes in length, long enough to immerse oneself in. And there’s a caveat, listed as an “update” on the submissions page, that brings up privacy concerns: “All videos have sound. So please make sure not to say anything private or sensitive. If you want your sound to be removed please let us know. Or record a video without sound. To safeguard your privacy, we will only display your first name in the credits. If you want your full name to be added, let us know.” Sound may have been a secondary consideration upon launch of WindowSwap, but it’s at least 50 percent of the experience.

Check it out at window-swap.com. The above images are, from top to bottom, of Shanghai, Copenhagen, and Singapore.