Now in its second year, the online journal IM-OS is a wellspring of experimental composition. The initials stand for Improvised Music – Open Scores, and there’s a slightly longer description on its homepage, im-os.net: “new music journal focused on improvised music, open scores in various forms like prose, graphic and action notations.” There have been four issues thus far, two in 2019 and two this year, all edited by Carl Bergstrøm-Nielsen and Jukka-Pekka Kervinen. All are available as free PDFs. 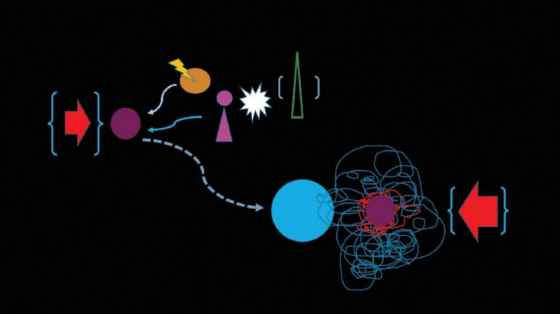 The most recent, dated Spring 2020, includes a graphic score that approaches the rhetoric of current sitting U.S. president as a composition (see the graphic above) and a deck of cards from Dennis Báthory-Kitsz (see sample set below). 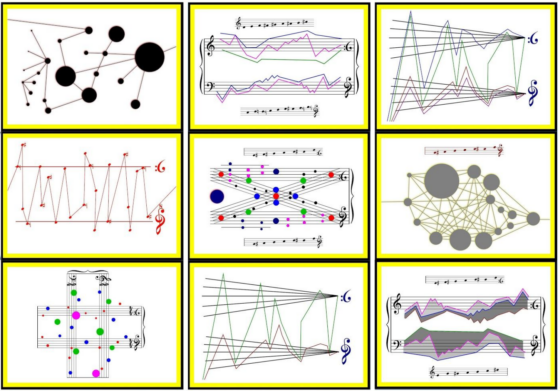 The second issue included an essay by Adam Wasażnik connecting such games as cribbage and Monopoly to music-making, and the third had an 80-card “mathematical music” game composed by Samuel Vriezen on the occasion of composer Tom Johnson’s 80th birthday. (Frequent Disquiet Junto participant Glenn Sogge has a card-based composition in the second issue titled “Gestures for one or more percussionists.”)

Check it out at im-os.net. More from Jukka-Pekka Kervinen, who is based in Finland, at soundcloud.com/jpkervinen and from Carl Bergstrøm-Nielsen, who is based in Denmark, at intuitivemusic.dk. (Thanks to Colin Drake for having introduced me to the journal.)