Some tweet observations (twitter.com/disquiet) I made over the course of the past week, lightly edited:

▰ Watched an old British TV mystery in which the damning evidence turned out to be the church organ was heard without use of pedals, meaning some kid had been asked by the organist to unwittingly provide an alibi during the murder. For the record I discovered the plot while watching the episode. I didn’t watch because someone had told me the plot. That said, had someone told me the plot, I almost certainly would have watched.

▰ Chrisjen Avasarala from The Expanse books gets our current moment. (This is from Babylon’s Ashes, volume six in the series.) 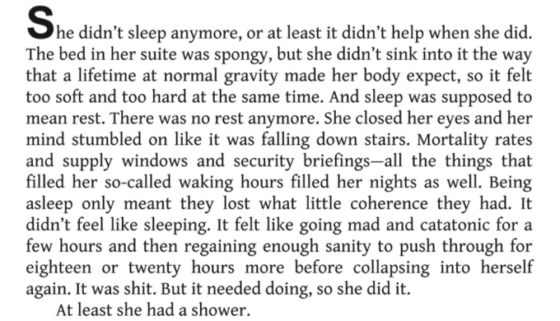 ▰ “The host has another meeting in progress” (Who can’t relate?)

▰ This tweet will have a small audience, but I’ll mention it was a letdown in the final episode of Fast and the Furious: Spy Racers that right after one of the characters names an op Operation Mindcrime the song we hear isn’t by Queensrÿche but instead by Age of Menace. There was a fun little Hamilton/@reneegoldsberry Easter egg (she plays Ms. Nowhere) toward the end of the episode. (Probably a lot more of those that I missed.)