Yesterday I noted a new feature on SoundCloud. Listeners reposting a track from another account can now annotate the repost. That’s great, in that it adds context and may even reduce the number of rote (un-annotated) reposts. However, the space allotted for comments is quite small, just 140 characters, diminishing the utility. Over three years have passed since Twitter acknowledged that length as insufficient, and went ahead and doubled it. Ironically, as the two posts here show, even the explanatory text that SoundCloud itself uses to explain how to comment when reposting is longer than the limit the company has set. It’s 142 characters.

Here’s the pop-up that appears when the feature is introduced to users: 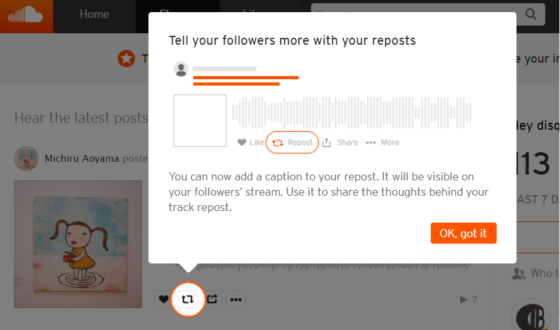 Here’s that announcement text placed (unsuccessfully) into an attempt to repost a fine ambient track from the prolific Kyoto-based musician Michiru Aoyama: 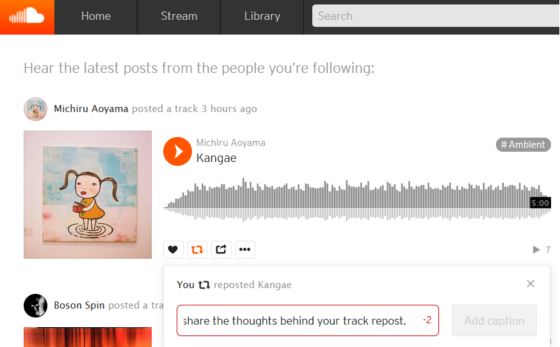 The feature is a great addition to SoundCloud, but a little more space would be helpful. (And, yes, the same could be said for the number of accounts a user is allowed to follow. It remains capped at 2,000.)