▰ East Bay takeout report: Vik’s Chaat is just as great even without your name being eviscerated and semi-reconstructed by a frazzled, echoing interior public address system. 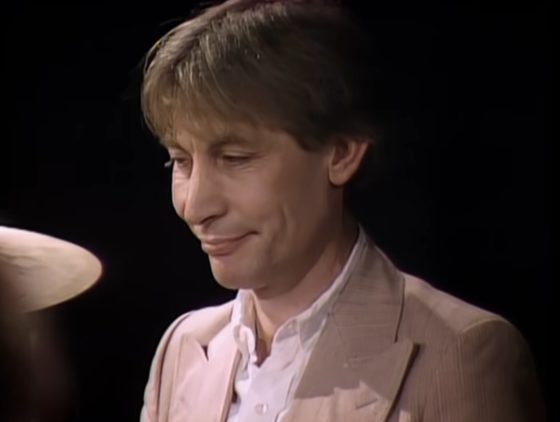 ▰ Getting an issue of the This Week in Sound newsletter out was the release valve I was looking for. It’s a pressure gauge for a buildup of thoughts, tabs, research, reading, listening, thinking. And when I send out an issue, cool things I didn’t know flow into my inbox.

▰ I hadn’t foreseen that a suggestion for people to start blogs would necessitate a suggestion that they consider including an RSS feed. I’m not clear on a useful alternative to RSS, aside from collating several hundred (occasionally updated) websites, sorting out a system to check them regularly (calendar + bookmarks?), and then trying to remember each time if I’ve read the most recent posts. Maybe email subscription? But why would I want more email? Anyhow, if you do have or start a blog, please do consider including RSS.

▰ This is so great: Nate Trier did a livestream on Twitch (now archived) in which he spent a half hour doing the most recent Disquiet Junto project: “making mouth sounds,” as he puts it, “and turn it into a track.”

▰ PayPal takes more than 50¢ of each Tip Jar payment I get from the This Week in Sound newsletter. Since they’re often a buck, PayPal gets more than I do. Recommendations for alternates? I’m not looking to make a living; the pay just help support and to a degree justify the effort.

▰ Listening to all these Rolling Stones tracks with the drums isolated, in honor of Charlie Watts’ death, has made me wonder what Pussy Galore’s Exile on Main St. cover album would have sounded like had it been recorded these days instead of back in 1985.

▰ For the Californians in the house, an important message. Vote no and mail that thing in pronto.

▰ A lesser known annoying thing about Zoom is that half the time I see “Zoom” in a tweet I mistakenly think it says “Zorn” and then I’m disappointed there isn’t interesting new news about John Zorn.

▰ Ten years ago this December, 25 musicians collaborated on a compilation album I put together titled Instagr/am/bient. They traded photos and then each recorded a track as if the photo received was the cover art for a single. I’m pretty sure we’ll do a sequel this December. 📸 🎵

▰ The foghorn just now seemed really loud and long, covering a few miles, and piercing the walls, and my headphones, and the interview I did with a scientist that I’m listening back through.

▰ I’ve got a heap of sound studies bits collated, so there will be another issue of This Week in Sound next Monday. Subscribe (free): tinyletter.com/disquiet. Topics: feedback weapon, mushroom noise, stem hardware, gunshot data trouble, tank acoustics, deepfake rehab, and more.

▰ Kinda forgot they used some of Satyagraha in Stranger Things. It’s funny because Philip Glass wrote the score to the (original) Candyman, an actual horror flick. Was any of the Candyman score in Stranger Things? That would have been a Homecoming-style repurposing. (Oh yeah, Candyman was 1992, seven years after the time period of the third season of Stranger Things.)