The start of a long collaboration

My old friend Justin Green died late last month. Obituaries have been appearing that begin to plumb the depths of his work, life, and influence: nytimes.com, chicagotribune.com, tcj.com, cbr.com, dailycartoonist.com. As I mentioned when the news broke of his passing, I was fortunate to live in the same town as him, Sacramento, California, in the early 1990s, which led to me editing a ton of comics that he produced for the pages of Tower Records’ Pulse! magazine. After I began to process the news of his death, I looked through an old file of documents from that period of time, and I found this copy I’d made of a letter I sent to him following our first phone conversation. Eventually he would decide to, rather than create a serial, produce a sequence of richly idiosyncratic and lovingly rendered biographies and anecdotes from musical history, which the publisher Last Gasp later collected in the book Musical Legends. The letter is from mid-November 1991. His first strip of many would appear in the March issue of Pulse! the following year. 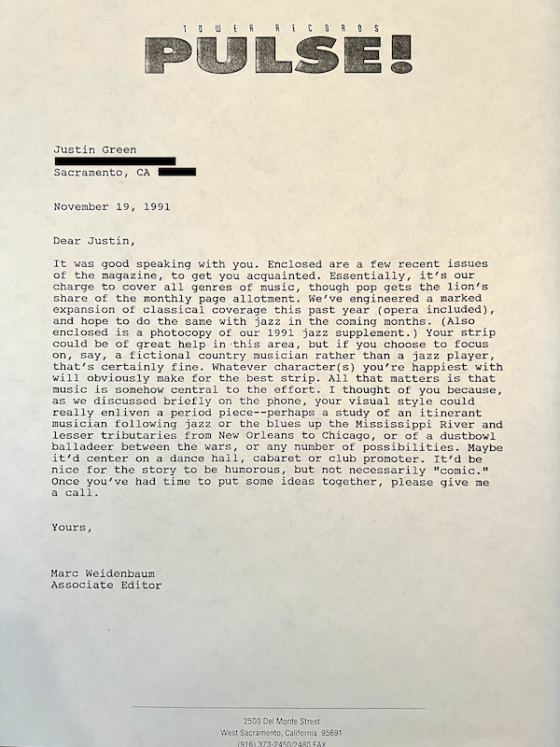