▰ Morning sounds, 9:44am EDT: chatter several rooms away, an intense drone of nearby construction activity, creaking of an old house as the summer sun consumes the neighborhood, passing traffic, ears ringing from allergies

▰ Correction: There is a meaningful addition to the lawnmower drones when the HVAC kicks in as the day’s temperature works toward the currently expected 86º Fahrenheit. (On a positive note, that’s down from the previously expected 87º.)

How it’s going: a lot of kids’ pee on plastic balls 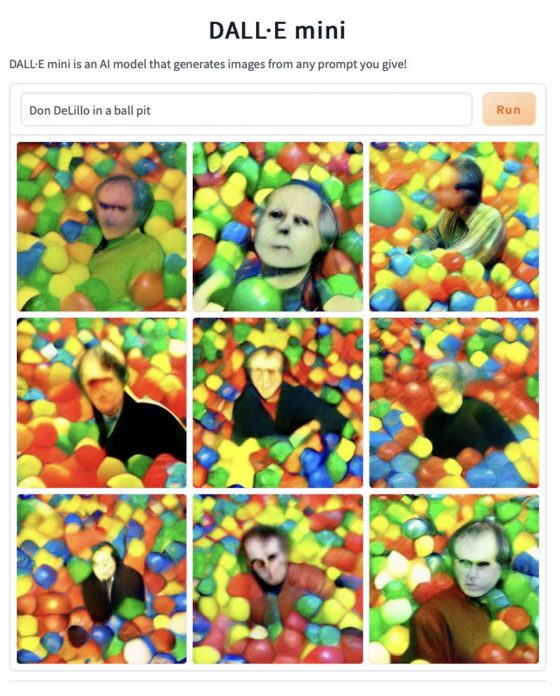 This DALL-E is by twitter.com/byron_queen.