▰ At the hardware store, there were two similar smoke alarms. One was $49, the other $59. I asked about the difference. I was informed that the $49 one “goes beep beep beep.” The $59 one, in contrast, “has a recorded voice that says ‘fire fire fire.'”

▰ Trying to sort out the difference between the second and third options in this iOS Gmail pop-up alert. (I removed the email address from the screenshot.) 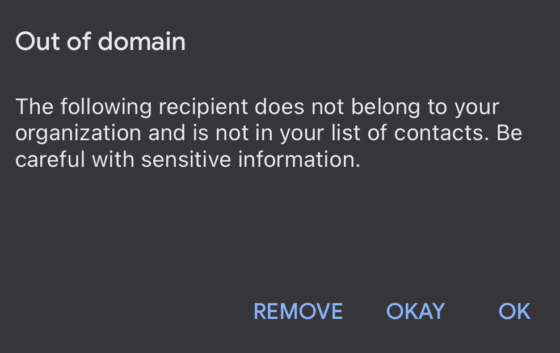 The previous image is real. This one is me just taking it to its natural next step: 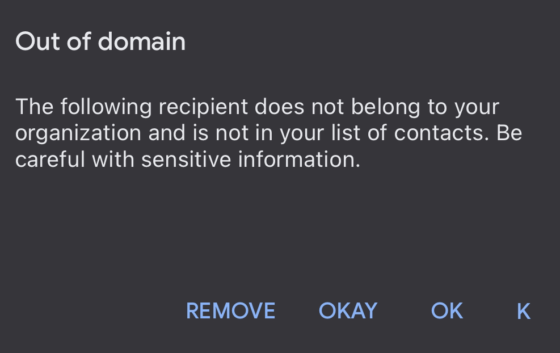 ▰ Can’t wait to find out what’s on this ancient artifact: 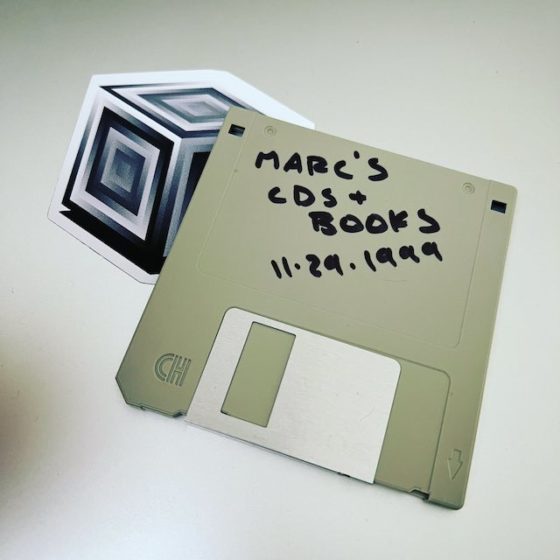 ▰ The more advanced the piece of technology, the more likely it is to secrete itself to the bottom of one’s backpack

▰ Waking up in San Francisco after 17 days on Long Island. Less birdsong, at least for now (cold here relatively). Also fewer lawn mowers and leaf blowers. Side note: Why do birds appear to be so much more colorful on the East Coast? (Excepting hummingbirds, which SF has tons of.)

▰ There’s no Doppler effect like that of a frail, elderly person walking by and clicking their cane on the sidewalk with each step.