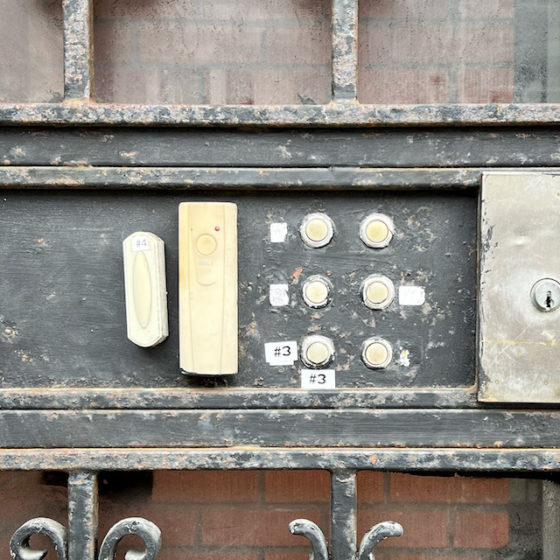 This is some high-grade confusion. There are two labels assigning the numeral three to one button, and there are two separate buttons for the numeral four, assuming the top right is a four — and then there is a button that has no designation whatsoever. That button sits between the original half dozen and what might be thought of as the second four — button four, that is. The “original” four, five, and six can be presumably identified, based on the placement of two and three. Of that set, one and five are virtually illegible. The original four is blank. And button number six looks like someone actively removed it. It’s almost as if the odd unmarked button, the tallest among these, hides in plain sight thanks to all the chaos around it. Urban doorbell makeshift aftermarket fixes are marvels of choices understood only to the inhabitants — or to their landlords.