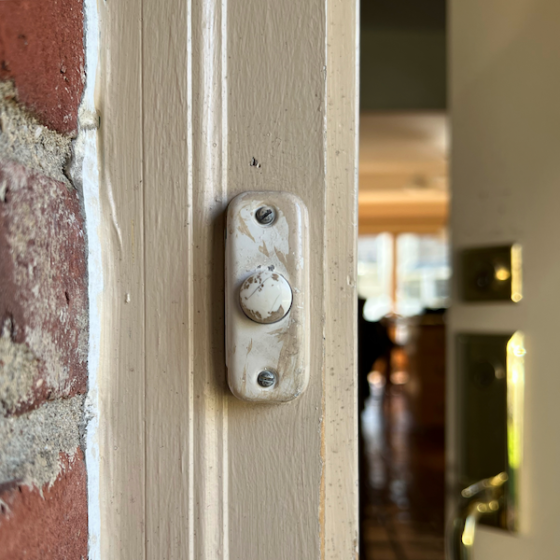 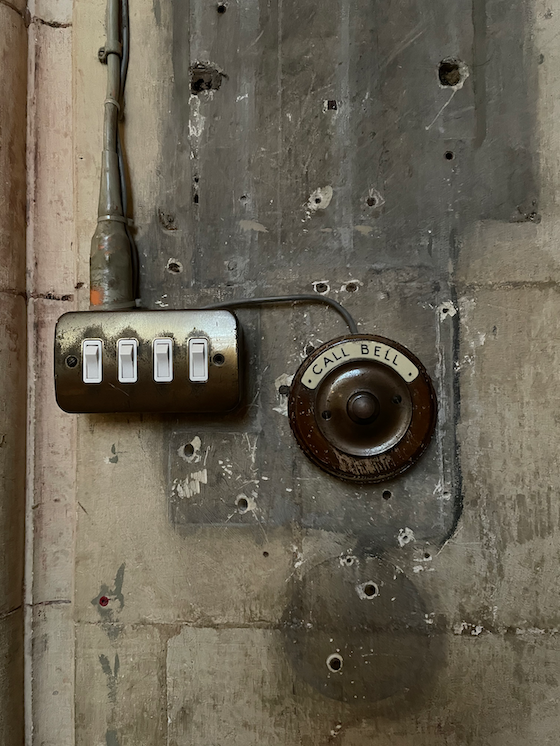 I always say one of the benefits of this newsletter, for me, is how it serves as a magnet for even more things that are the subject of the newsletter — a virtuous cycle. By way of example, my friend Susan Blue this morning shared this photo she took at York Minster of a “call bell” button with four ambigous switches.

Originally posted in the March 28, 2022, issue of the free Disquiet.com weekly email newsletter This Week in Sound (tinyletter.com/disquiet). 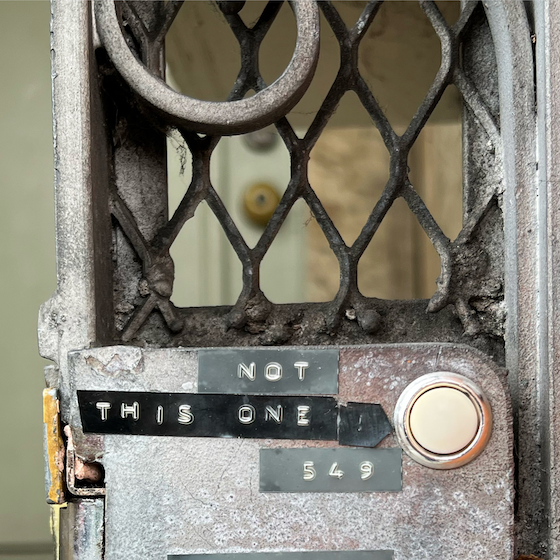 When one lives above a frequented business

(I made this before the noise started.) 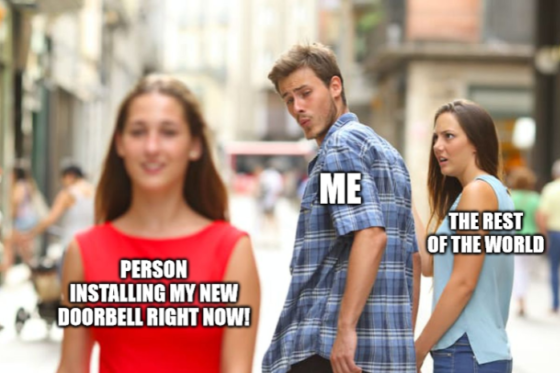 When the Doorbell Tolls for Itself 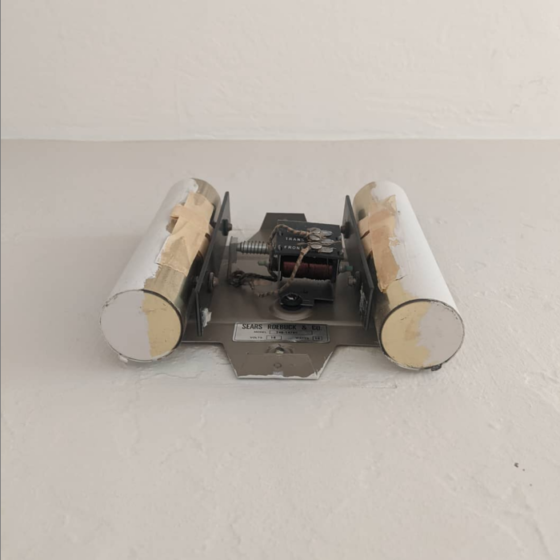 You don’t miss you water ’til your well’s run dry, and you don’t miss your doorbell until it’s no longer capable of being rung. But before the doorbell gets to such a state, there is, apparently, a death rattle, as I’ve now learned firsthand.

In the case of the doorbell in the home where I have lived for nearly 13 years, this rattle took the form initially of a long held note, and a dense one at that — not so much handfuls as bushels of overtones. The doorbell was rung one recent afternoon, and many seconds passed before I realized it wasn’t receding. It wasn’t quieting. It rang, and then it held, like a violin played with an endlessly long bow — or to borrow a term from synthesizers, as if some tiny, granular segment of it had been captured and then looped so as to give the illusion of an extended pause. I was caught within a frozen, eternal moment of doorbell-ness. Part of me didn’t want it to ever end. Part of me feared it never would. Part of me knew this was the end, or close to it. This was the sound of a doorbell when it tolls for itself.

I woke from the spell when I recognized that while the doorbell may be on a kind of held pause, whoever had cause it to ring was outside the time-loop bubble, or at least outside the front gate. I opened the door to receive the inevitable package, and then headed back upstairs. There, at the end of the hall, above the entrance to the kitchen, the doorbell continued to ring. It was such a strange presence, this all too familiar sound — even when I knew someone was due by for a visit, it would shock me and send the hair of my arms up on end — heard in a new way.

As it played on, and on, my sense was this was no mere blip. This was the end. It was the end, but it just wasn’t over yet. The ringing was orchestral. It felt like it can be to watch ocean waves churn over and over: in constant motion, yet in many ways never really changing, and all along giving only a hint of the depths they cover.

And then the drone of this former bell, the held tone of this former terse chime, began to settle, like a balloon deflating, like ice melting, so slowly that there came a point when I couldn’t tell if it was still ringing, or if I was just remembering the impression of its ring.

And then briefly it surfaced again, fading in, rising to a substantial volume, though with none of the strength it had moments before, only to fade out with an unambiguous finality. This fade was the end. There was a memory, but there was no illusion of presence. No pressing of the buzzer outside could revive it.

When someone rings it currently, if the house is quiet, there is a distant buzz. There is, of course, no ring. A replacement needs to be selected, and installed, but there’s time for that. Replacing it too soon feels a bit like replacing a recently deceased pet. A respectful void is necessary before one truly moves on. For now there’s near silence, and I could get used to it, impractical as it may be.