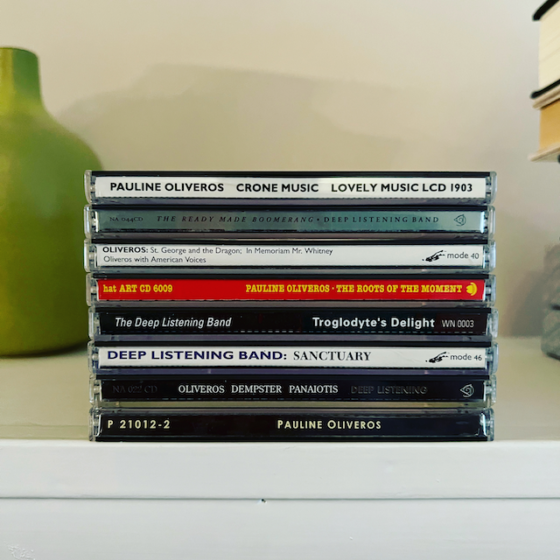 Nice to have the CD player hooked up again. I sometimes wonder if much of the music I most enjoy wouldn’t have existed, wouldn’t have taken the form that it did, wouldn’t have risen to the prominence it did, without the arrival of the CD. The tabula rasa of digital sound, not only recording but reproduction, meaning production and consumption in union — the lack of surface noise, the lack of ground hum, the ability for the quietest, humblest sounds to make themselves present in a room — allowed for experiments in subtlety, in nuance, that wouldn’t merely have been drowned out on cassette and vinyl, but likely wouldn’t have been attempted, let alone flourished.