At the website of Chris Watson — a founder of the experimental pop band Cabaret Voltaire — there are several free downloads culled from now out-of-print samplers from the Touch record label. One is titled “Out of Our Sight.” Watson’s brief description, pulled verbatim from the original sampler, reads: “Motionless anticipation, along the dry sandy banks of the Zambesi a Mozambique nightjar is sucking in all the remaining light.”

Aside from choosing the location, turning on the microphone, selecting start and end points to the recording, and deciding that the resulting audio document (MP3) was of sufficient quality to present to the public, all Watson did is assign a title and a subsequent descriptive line — but, of course, each of those decisions is no haphazard thing. And the resulting track, so full of life to be alarming, and certainly far more vibrant that the phrase “motionless anticipation” might suggest, is breathtaking in its detail — the voyeuristic sense of proximity it conveys.

A raw field recording is the among the purest forms of electronic music — sound mediated solely by technological and aesthetic decisions. And Watson is a master.

Never seen a poem as lovely as a tree? Then try the tone poem in the Fern Room at the Lincoln Park Conservatory in Chicago, which I had the pleasure of visiting during a quick trip to the city earlier this week. The Conservatory rises from the park like some Victorian Biosphere, and has, since November 2001, hosted a series of audio installations under the project name Florasonic, the latest of which is a pre-recorded work by Mark Booth that plays from speakers dangling from the ceiling of the Fern Room. 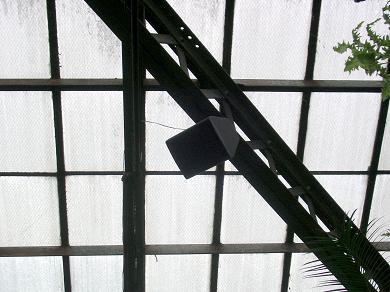 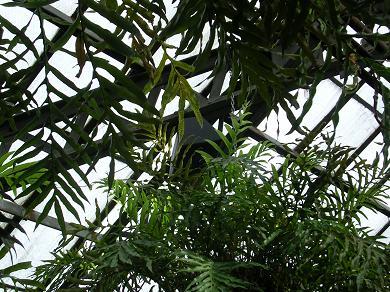 According to Booth’s note at the entrance to the room, the recording is founded on two materials: prepared guitar and voice, both of which he manipulates electronically. He likens the resulting noise to the songs of cicada, but it comes across as a more varied menagerie than that. There are suggestions of bugs, yes, but also of frogs and birds, not to mention rustling foliage. There’s a hint of a fog horn, thanks to the sound of a bow against strings.

And, of course, there is other sound. There is traffic outside and planes overhead. The room is, fortunately for Booth, free of the massive electric fans that circulate air elsewhere in the Conservatory, but two small water features — open pipes doubling as lilliputian waterfalls — provide more babble than do most of the visitors. 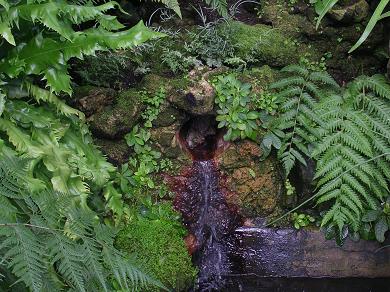 Booth’s work is initially disadvantaged by an unruly title that reads like a warning, however fanciful: “In the event that the stag horn fern becomes metallic and that each of its bifurcating leaves rings like a tuning fork, please turn off this recording.” No warning is necessary; the music settles easily into room. But he does have a point. One has to wonder how the growth of the ferns at the conservatory has been influenced by the ongoing Florasonic exhibitions. 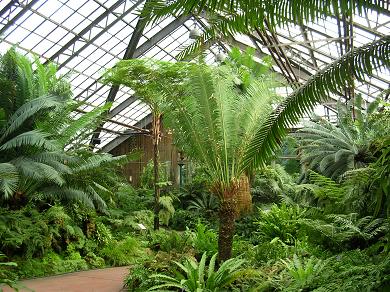 Booth’s installation opened on June 3, 2007, and will run through September 30. More info at the websites of the curatorial organization (exsost.org), of Florasonic curator Lou Mallozzi (loumallozzi.com) and of the Conservatory (chicagoparkdistrict.com). END_OF_DOCUMENT_TOKEN_TO_BE_REPLACED

The act known as Look to the Skies has about as elegant a release strategy as they come: a sparse web page (looktotheskies.net), with one freeform, drone-infused audio experiment at a time posted as a single file and available via RSS feed (link).

Call it the drone-diary format. It has a lot going for it, each entry arriving less like a composition and more like an audio snapshot of a particular intersection of time, place, equipment, production modes, and mood. Two new pieces popped up last month, both haunting, rangy and crepuscular, “Unconventional Objects Are in Some Way Real” (MP3) and “Strengthen Towards Spring” (MP3).

Brad Mitchell‘s latest release attributed to his Pocka moniker is part of a series of challenges he’s set for himself. Mitchell is producing half-hour works with an intended use: as an aid to meditation.

Given that the opening notes of “Meditative Cycles Part I” are sitar-like, the piece immediately suggests itself as background music for a contemplative state (MP3). During the course of a slowly paced transformation, those loose strings are slowly enveloped by a rich white noise, until the string sound disappears entirely. In a sense, the work tracks the process of meditation: letting go of the familiar and venturing into a place that’s more formless and restful. Also interesting is that there are no actual strings involved, just simple sine waves.

“Meditative Cycles Part I” was released by the netlabel Treetrunk. More info, including some comments on Mitchell/Pocka’s part, at the Internet Archive, archive.org. And more info on the musician himself at pockamusik.com.

Part of what distinguishes Luigi Turra‘s texture.aero, on the adozen.org netlabel, is how it appears as a series of distinct sonic packets. It opens with a singular, deeply resonant ping, the proceeds through processed field recordings — first for a lull of quietude, then for an equally moderate tempo but far more voluminous and often heavenly sound (MP3). That contrast between terrestrial and ethereal may be what he’s after.