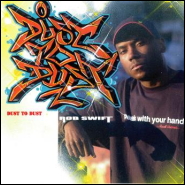 (1) The X-Ecutioner Looks Back: Now, DJ Rob Swift‘s album Dust to Dust doesn’t have the swagger or intensity of his recent trio effort — the group Ill Insanity, which teamed him with DJs Total Eclipse and Precision, and debuted early last year with Ground Xero — but the set’s 17 tracks of old-school breaks is tasty, rich with surf rock, r&b, and more stripped-down percussion than you can shake your maracas at. And, for fun, the titles of the songs read in sequence as a sentence, which serves as the project’s manifesto: “Dust,” “To,” “Dust,” “Is,” “A,” “Collection,” “Of,” “Breaks,” “Inspired,” “By,” “The,” “B,” “Boy,” “Movement,” “Of,” “The,” “1970s.” 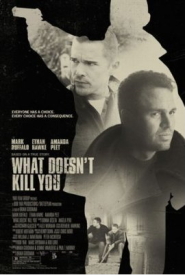 (2) South Boston’s Slow Burn: In what would make a good double feature with Sidney Lumet’s Before the Devil Knows You’re Dead, director Brian Goodman’s What Doesn’t Kill You is small film about small-time hoods (both movies share a lead actor in Ethan Hawke), a group of South Boston thugs whose criminal pursuits unfold against an excellent score by Alex Wurman (Criminal, Confessions of a Dangerous Mind). Wurman brings an understated sensibility to the narrative, but manages to infuse it with enough melody to be true to the drama without edging it into melodrama. Especially strong are a “What Doesn’t Kill You” suite, built from minimal piano, sour strings, and tiny little sonic details that bring a tension-building undercurrent of gears that would benefit from a little oil. (The set is reportedly due for release directly to iTunes on the same label, Yari, that brought out Cliff Martinez’s music for First Snow.)